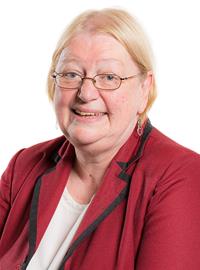 —the Potatoes Originating in Egypt (Amendment) (Wales) Regulations. Now, as important as those were, they are the stuff of very few election manifestos. So, in 1999, the Assembly was the...

Okay. I'll just go for one last round with Members, I think. So, I'll start with you again, David, because you've done the bulk of this with your external affairs committee.

Yes, I appreciate—. But I believe that there's probably enough, if we can get it right, there's enough trade and enough freight transport to be able to sustain all three. Sorry, First Min...

Before you—. Sorry, I was just going to say, First Minister, sorry, before you answer that, can I just make the point about Holyhead port, which is very important for the economy of north...

Okay. So, we reconvene, and the second part of our meeting is to discuss the European transition, and we're delighted that the First Minister has with him Des Clifford as the official. So...

Ann Jones was a Member of the National Assembly for Wales between May 1999 and April 2021. This was her biography at the time she left.

Long before entering politics Ann spent much of her time following Rhyl Town Football Club and she remains a Lillywhites season ticket holder.

Ann Jones was born and brought up in Rhyl on the North Wales coast, where she has lived all her life.

She worked for nearly 30 years in fire control rooms in north Wales and Merseyside until her election to the National Assembly for Wales in 1999. Before being elected to the Assembly, Ann served as a Rhyl Town Councillor and was the town’s Mayor in 1996/7. She was also a Denbighshire County Councillor.

An active trade unionist, Ann served as a national official in the Fire Brigades Union for a number of years and sat on both the Welsh Labour Party and Wales TUC Executives. She is a member of UNISON and Chairs the UNISON Group of Assembly Members. She also remains an ‘out of trade’ member of the FBU.

While championing her local community, Ann Jones has worked tirelessly with the Welsh Labour Government to attract major investment to the area with real success.

Ann Jones was Deputy Presiding Officer of the National Assembly for Wales during the Fifth Assembly.