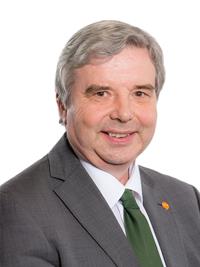 Will the Minister make a statement on developments in bed capacity in the NHS in order to tackle the waiting list backlog and emerging challenges such as long COVID?

Will the First Minister make a statement on the role of the Welsh Government in the potential development of a Swansea Bay tidal lagoon?

What legal advice has the Counsel General provided to ministerial colleagues on assisting leaseholders who face financial liabilities in addressing defects in high-rise buildings in Wales?

This Senedd: a) welcomes the ‘Rivals on the Pitch - United Against Racism’ initiative by Swansea City and Cardiff City football fans as part of a new anti-racism campaign. b) commen...

Will the Welsh Government ensure that vitamin D supplements are made freely available to the poorest families, to residents in nursing homes, as well as to children?

What assessment has the Minister made of research conducted by Royal Society Open Science in November 2020 which recommends vitamin D supplementation for all of 20/25 micrograms daily, co...

Dai Lloyd was a Member of the National Assembly for Wales between May 1999 and April 2021. This was his biography at the time he left.

His political interests naturally lie in the fields of health and local government. Dai is also the Chair of Governors on Ysgol Gynradd Gymraeg y Login Fach. He also is a lay preacher, and regularly gives sermons in Christian Chapels around Britain.

Dai Lloyd was born in 1956 in Tywyn, Gwynedd. He studied at Lampeter Secondary School, going on to study at the College of Medicine in Cardiff.

After graduating, Dai Lloyd became a GP in Swansea. Before entering the Assembly, Dr Lloyd was a County Councillor in the city and county of Swansea.

Dai Lloyd was the Plaid Cymru Assembly Member for South Wales West between 1999 and 2011. During his time as an AM Dai served as Plaid's Shadow Finance Minister and Spokesperson on Social Justice, Local Government and Regeneration.