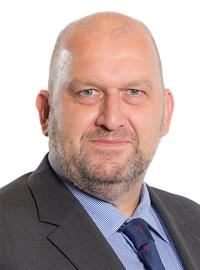 The issue here, Llywydd, is making sure that what we do here is fit for purpose, protecting our most vulnerable in our communities. Plaid Cymru have obviously brought to the table a thoug...

[Continues.]—but they haven’t fully thought that process through, particularly on the costs around this.

I’m not going to take any more interventions from Members because—[Interruption.] Well—

Let me tell you that I’ve been to London and I’ve talked with Lord Freud about the very issues that your colleague mentioned, particularly about women’s issues and the way that claims are...

Of course I will, yes.

I’m grateful, Llywydd. What we don’t recognise here is that, actually, a claimant who fails to turn up to one of the meetings, for whatever reason—illness or, as the Member said earlier o...

Carl Sargeant was a Member of the National Assembly for Wales between May 2003 and November 2017 and represented Welsh Labour. This was his biography at the time of his death.

Football is a family interest and Carl enjoys watching Newcastle FC and, at grassroots level, he is president of FC Nomads of Connah’s Quay.

Carl has lived in Connah’s Quay in his constituency all his life. He is married to Bernie and they have two children, Lucy and Jack.

Before becoming an Assembly Member in 2003 Carl worked at a leading chemical manufacturing plant and was a quality and environmental auditor and industrial fire-fighter.

Carl is a campaigner against domestic violence. Carl’s commitment to social justice was sparked after seeing the devastation of his local community in the 1980s. Steelmaking ceased at Shotton Steelworks and 6,500 people were made redundant overnight. This event, along with local textile mill closures and the effects of the recession, left the community reeling. At one point more than 30 per cent of local men were unemployed.

It was in this context that Carl witnessed the damaging impact of heavy drinking and domestic violence on families locally. He is a tireless campaigner against domestic abuse, championing the White Ribbon campaign and supporting the Shotton-based Domestic Abuse Safety Unit.

He served on Connah’s Quay Town Council and as governor of Deeside College and Ysgol Bryn Deva.