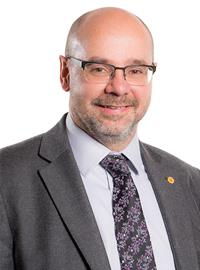 What assessment has the Cabinet Secretary made of the effectiveness of the badger culling method used in England as a means of controlling bovine TB?

What assessment has the Cabinet Secretary made of setting community energy targets for local authorities, ensuring that planning delays are limited, assisting communities hoping to genera...

Will the Cabinet Secretary provide an update on the Welsh Government’s commitment to improve the electric car infrastructure of Wales by installing much needed rapid-charging points?

What assessment has the Welsh Government made of the effectiveness of introducing 50 miles per hour speed limits, as well as other measures in five locations on Welsh roads, in improving...

Will the Cabinet Secretary be recommending to KeolisAmey that it procure hydrogen-powered trains, since they give zero-emissions at the point of use whilst negating the need for the insta...

What steps is the Welsh Government taking to train farmers so that the shelf-life of sheep carcasses from Wales can be extended?

Simon Thomas AM was a Member of the National Assembly for Wales between May 2011 and July 2018. This was his biography at the time he left.

Simon Thomas lives in Aberystwyth with his wife; they have two children.

Simon worked as a librarian before becoming a researcher for Taff-Ely Borough Council.  He was also an anti-poverty worker and a rural development manager for Jigso.

Simon was elected to the House of Commons as the Member of Parliament for Ceredigion in 2000 and 2001, and became a member of the Environmental Audit Committee.

After losing his seat, he became a development manager with Technium in Pembrokeshire. He then became a special senior advisor to the Welsh Government, advising the Deputy First Minister and other Plaid Cymru Ministers.