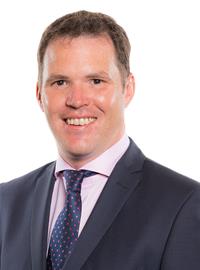 The contact details provided are for Lee Waters in their role as an Member of the Senedd, and should be used if you wish to contact them in this role. If you wish to contact Lee Waters in their entirely separate role as a Minister in the Welsh Government please use the Ministerial contact details on the Welsh Government’s website:

Will the Welsh Government commission a study on how it can help Welsh legal firms to prepare for the challenges posed by new technology?

What steps is the Welsh Government taking to enable firms to remain in Welsh ownership?

Will the First Minister provide an update on action the Welsh Government is taking to protect jobs at the Schaeffler plant in Llanelli?

What discussions has the Counsel General had in relation to the growing use of digital technologies in the legal sector?

Meeting our climate commitments – a 100 per cent renewable Wales.

Will the Cabinet Secretary meet with Preston City Council to understand what lessons the Welsh Government can learn from its approach to public procurement?

Lee Waters is the Welsh Labour and Co-operative Member of the National Assembly for Wales for the Llanelli constituency.

Before being elected in May 2016, Lee was Director of Wales's leading independent think-tank, the Institute of Welsh Affairs. He previously ran the sustainable transport charity Sustrans in Wales where he led the campaign for the Active Travel Act. He is a former Chief Political Correspondent of ITV Wales.

His policy interests are wide-ranging, including the economy, the constitution, climate change, the media and provision for looked after children.

Lee Waters was born and raised in the Amman Valley in Carmarthenshire. He was educated in Brynamman and Ammanford, where he attended the town’s comprehensive school. The first member of his family to go to university, he graduated from the University of Wales, Aberystwyth, with a First Class Degree in Politics.

He is married with two children. He speaks Welsh as a second language.

Before being elected in 2016, Lee was Director of the Institute of Welsh Affairs. During his three years leading the independent policy institute he refreshed the charity, stabilising its finances, overhauling its systems and setting a new strategy. He edited the magazine, the Welsh Agenda, and contributed to the pioneering of crowdsourcing in policy development with three innovative projects.

Between 2007 and 2013 Lee was Director of Sustrans Cymru, the sustainable transport charity, where he oversaw a range of practical projects to encourage behaviour change and influence policy. He led a team of 32 to deliver a diverse portfolio of complex programmes, worth in excess of £24 Million.

Before working in the third sector Lee was a political journalist. As the Chief Political Correspondent for ITV Wales News, he presented the weekly politics programme, Waterfront, and reported on the National Assembly and House of Commons as a Lobby Correspondent. Lee’s grounding in journalism began at the BBC where he spent two years as a Producer of the flagship news programme, Good Morning Wales.

Lee joined the Labour Party as an 18 year-old student in Aberystwyth University. After an internship in the US House of Representatives as an ESU Capitol Hill Scholar, he took a year out from his studies to work for his local MP during the 1997 General Election and devolution referendum.

After graduating he was appointed Political Secretary to the Secretary of State for Wales, Ron Davies. Following an eventful year, which included the first Assembly election, Lee entered journalism. Despite working in a politically restricted environment he became an active school Governor, which renewed his appetite to want to change society.

In 2007 Lee joined the environmental charity Sustrans as Director for Wales where he led a successful six year campaign to secure the world’s first Active Travel Act to raise levels of walking and cycling.

He was appointed by the First Minister, Carwyn Jones, to be Welsh Labour’s representative on the cross-party ‘Yes for Wales’ campaign ahead of the 2011 devolution referendum. As Vice-Chair he led on communications and messaging and formed part of the small group than ran the successful campaign.

Following the retirement of the Labour Assembly Member for Llanelli in the summer of 2015, Lee was selected as the party’s candidate in his home constituency and held the seat – the first time any party had successfully defended the constituency at an Assembly election.