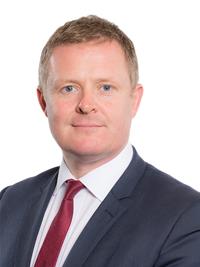 The contact details provided are for Jeremy Miles in their role as an Member of the Senedd, and should be used if you wish to contact them in this role. If you wish to contact Jeremy Miles in their entirely separate role as a Minister in the Welsh Government please use the Ministerial contact details on the Welsh Government’s website:

To propose that the Senedd, in accordance with Standing Order 29.6, agrees that provisions in the Professional Qualifications Bill relating to protection of regulator autonomy and consult...

To propose that the Senedd, in accordance with Standing Order 25.15 approves the draft version of The Government of Wales Act 2006 (Amendment) Order 2021. The draft Order and Explanatory...

To propose that the Senedd, in accordance with Standing Order 29.6 agrees that provisions in the Trade Bill in so far as they fall within the legislative competence of the Senedd, should...

To propose that the Senedd, in accordance with Standing Order 29.6 agrees that provisions in the Trade (Disclosure of Information) Bill in so far as they fall within the legislative compe...

To propose that the Senedd, in accordance with Standing Order 29.6 agrees that provisions in the Trade Bill in so far as they fall within the legislative competence of Senedd Cymru, shoul...

His interests include economic and community development, and education and skills. Jeremy lives in Rhiwfawr in the Neath constituency and enjoys films, reading, cooking, hiking, cycling, and following rugby.

Jeremy was born and brought up in Pontarddulais and as a Welsh speaker, he was educated at Ysgol Gyfun Ystalyfera in the Swansea valley and New College, Oxford where he read law. Straight after graduating, he taught law at Warsaw University in Poland.

Jeremy practised as a solicitor in London initially, and then held senior legal and commercial posts in media sector businesses including ITV and with the US television network and film studio, NBC Universal. After returning to live in Wales, he set up his own consultancy working with international clients in the broadcast and digital sectors. Jeremy has been a trustee and secretary of the social justice charity the Bevan Foundation. He also has experience as a youth mentor and as an adviser at free legal advice centres.

He was elected to the Welsh Parliament, commonly known as the Senedd, for Neath constituency in May 2016, he sits as a Welsh Labour and Co-operative party Member of the Senedd, following the retirement of Gwenda Thomas AM/AC. Prior to joining the Welsh Government in 2017, Jeremy was a member of a number of parliamentary committees including Economy, Skills and Infrastructure; Culture, Welsh Language and Communications and the External Affairs Committee. He also chaired the Co-operative group of Labour MS’s. Jeremy was appointed to the Cabinet as Counsel General in November 2017. Following the election of Mark Drakeford MS/AS as Welsh Labour Leader and First Minister in December 2018, he retained this role along with assuming the new post of Brexit Minister. Prior to the 2021 Senedd election, Jeremy served as the Counsel General and Minister for European Transition, also leading the work on Wales’ recovery from the Covid-19 pandemic.