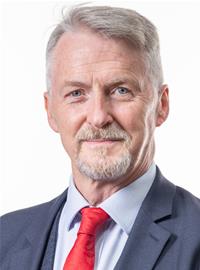 What assessment has the Welsh Government made of the findings reported by the Guardian, the German weekly Die Zeit and SourceMaterial on the effectiveness of the carbon off-setting of Ver...

What consideration has the Minister given convening an energy summit with Ministers from Scotland and the UK Government to demand that energy companies renegotiate costly energy contract...

How is the Minister working with energy companies to immediately pass on the reductions in wholesale energy costs to bakeries and other high energy-use small and medium-sized enterprises?

What discussions has the Minister had with energy companies to renegotiate energy contracts with bakeries and other high energy-use small and medium-sized enterprises who are locked into...

What discussions has the Minister had with the UK Government regarding additional help for bakeries and other high energy use small and medium-sized enterprises who are facing a drop in U...

What assessment has the First Minister made of the impact of the UK Government’s legislative programme on Wales?

Huw is married to Joanna Irranca-Davies (they combined their surnames Davies and Irranca on marrying, becoming Irranca-Davies). They have three sons, and are all proud of their Welsh and Italian family roots. Born into a strong Labour Party family, he has long been a grass-roots campaigner and active in community regeneration.

Born in 1963, he is an alumni of Gowerton Comprehensive School, Crewe and Alsager College (BA Hons), and Swansea Institute of Higher Education (MSc).

A keen walker (Vice-President of Ramblers Cymru) and “everyday cyclist on a sit-up-and-beg-bike”, he also relaxes watching his sons playing rugby or reading historical novels (and never anything political!).

Huw Irranca-Davies worked in public and private sector management and as a Senior Lecturer in Higher Education before entering politics. In February 2002 he was elected as the Labour MP for Ogmore in a parliamentary by-election, a seat which he held until 2016 when he was duly elected as the Assembly Member for Ogmore at the National Assembly for Wales.

Huw was the Member of Parliament for Ogmore from 2002 to 2016, when he stood down from parliament to stand for election to the National Assembly of Wales.

Between October 2010 and 2015 he served in opposition as the Shadow Energy Minister, then as Shadow Minister for Food, Farming and Rural Affairs. Following the General Election in May 2015, he was elected as the Chair of the Environmental Audit Committee, a position held till 2016 when he stepped down from parliament in order to stand successfully for the National Assembly of Wales.

In the Fifth Senedd he initially served as Chair of the Constitutional and Legislative Affairs Committee before becoming the Minister for Social Services and Children, then at the request of the First Minister became Chair of the Regional Investment Wales Steering Group, the European Advisory Group and the PMC committee overseeing the spending of EU funding streams in Wales.