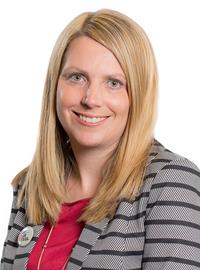 The contact details provided are for Hannah Blythyn in their role as an Member of the Senedd, and should be used if you wish to contact them in this role. If you wish to contact Hannah Blythyn in their entirely separate role as a Minister in the Welsh Government please use the Ministerial contact details on the Welsh Government’s website:

Can I genuinely thank the Member for his thoughtful and considered contribution there? I want to start off by saying, James, I'm sure you'd be very welcome to rejoin Unison, but I think t...

Can I thank the Member for his question? It'll come as no surprise to others in the Chamber that I wholeheartedly agree with the points that Jack Sargeant made there. I think the approach...

we did actually commit with partners right across local government, and across the public sector in Wales, and the third sector as well, to collectively calling for an increase in that to...

Can I thank Peter Fox for his question? You are right to acknowledge the impact that rising fuel costs are having, not just on the third sector, but I actually heard today in a meeting wi...

I thank the Member for his question and, obviously, for recognition of a sector that not only helps some of our most vulnerable in society, but also provides employment for people in comm...

Hannah is a proud North Walian who is from Connah’s Quay, went to school at St Richard Gwyn in Flint and now lives in Mold. After leaving school, Hannah studied at De Montfort University in Leicester and has since worked throughout Flintshire, Wales and the UK.

Before being elected to the National Assembly for Wales on 5th May 2016, Hannah worked for the Unite trade union for the best part of decade. In the last few years, Hannah has headed up policy and political work for the union in Wales, leading on a range of successful campaigns including: action on blacklisting; greater justice for victims of asbestos related diseases; protection for rural workers in Wales; and a living wage for NHS Wales employees.

Hannah has been active in the labour movement and democratic politics in Wales for a number of years and looks forward to building on this involvement as an Assembly Member. Hannah is a former chair of LGBT Labour and was active in the campaign for equal marriage.