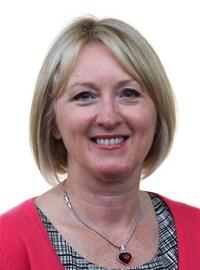 Christine Chapman was a Member of the National Assembly for Wales between May 1999 and April 2016. This was her biography at the time she left.

Christine Chapman was born in Porth, Rhondda. She holds a BA (Hons) in History and Classical Studies from the University of Wales, Aberystwyth, and an MScEcon and MPhil from Cardiff University. She also holds a diploma in Careers Guidance from South Bank Polytechnic.

Christine’s professional career has been in the field of education. She has worked for the careers service and for two education business partnerships, and has worked as both a youth worker and a secondary school teacher.

Christine was first elected to the Assembly in 1999. Her previous roles have included chairing the Objective One Programme Monitoring Committee, being Deputy Minister for Education and Lifelong Learning, and Finance, Local Government and Public Services, and Chair of the Petitions Committee. Christine also represents the Welsh Assembly on the Committee of the Regions, and is Chair of the Assembly's Women and Democracy Group.

Prior to her election as Labour Assembly Member for Cynon Valley, Christine was a councillor on Rhondda Cynon Taf County Borough Council.

Christine is secretary of the Labour UNISON Group and a member of the Co-operative Party. She is also a supporter of the “Children Are Unbeatable Alliance” (CAU) Campaign.