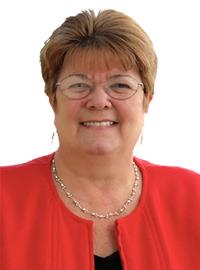 Janice Gregory was a Member of the National Assembly for Wales between May 1999 and April 2016. This was her biography at the time she left.

Janice Gregory was born in Treorchy, and is the daughter of Sir Ray Powell who was Labour MP for Ogmore from 1979-2001. She was educated at Bridgend Grammar School for Girls. She lives in Pencoed and is married with two children and two grandchildren.

Janice worked as constituency secretary and caseworker for Sir Ray Powell MP from 1991.

Throughout her career as an Assembly Member, her roles have also included chairing the Social Justice and Regeneration Committee and the South Wales West Regional Committee. Her political interests include children, jobs, tackling poverty, health and regeneration.

Janice is a member of Unite the Union, USDAW, the Co-operative Party and the Fabian Society.