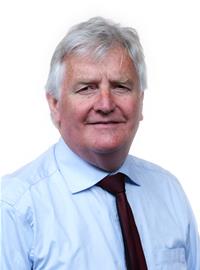 Alun Ffred Jones was a Member of the National Assembly for Wales between May 2003 and April 2016. This was his biography at the time he left.

Alun was born in Brynaman in 1949 and was educated at the University of Wales, Bangor.

Before his election, Alun was a television director and producer for Ffilmiau'r Nant and before that, a Welsh teacher, a Head of Department and a journalist with HTV. He is a former Leader of Gwynedd Council, and former Chair of local community venture group, Antur Nantlle and Nantlle Vale Football Club. In 2008, he replaced Rhodri Glyn Thomas as the Welsh Assembly Government's Heritage Minister. He enjoys theatre, film, poetry, sports and gardening.

Alun was first elected to the Assembly in 2003 as the Member for Caernarfon, but then became the representative for the newly created Arfon constituency in the 2007 election. Alun’s political interests include broadcasting, community development and the economy. On 22 July 2008 he was appointed Minister for Heritage in the Welsh Government. On 20 November 2008, Alun became the first person to use the Welsh language as a representative of the UK government at a European Union meeting in Brussels.