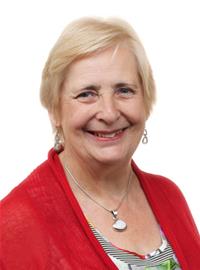 Gwenda Thomas was a Member of the National Assembly for Wales between May 1999 and April 2016. This was her biography at the time she left.

Gwenda Thomas was born in Neath and educated at Pontardawe Grammar School. She is married with one son and is a former community and county councillor.

Gwenda was previously a civil servant, having served in the County Courts branch of the then Lord Chancellor's Department as an Executive Officer, and then at the Benefits Agency.

She represented her home village of Gwaun Cae Gurwen as both a community and county councillor for many years. She was appointed Chair of the Social Services Committees of West Glamorgan County Council and, following local government reorganisation, of Neath Port Talbot County Borough Council - becoming the first woman to chair a major committee.

Until her ministerial appointment in 2007, Gwenda was Chair of the Governing Body of Ysgol Gynradd Gwaun Cae Gurwen Primary School.

Gwenda was first elected to the Assembly in May 1999. During her career as an Assembly Member, she has served as Chair of the Housing Committee, Chair of the Assembly’s Equality of Opportunity Committee, chaired a review into Safeguarding Vulnerable Children in Wales and has been Deputy Minister for Social Services.