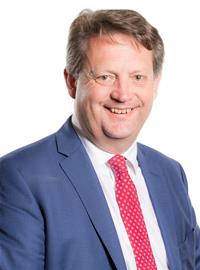 What financial impact has the cost-of-living crisis had on elderly people?

What assessment has the Welsh Government made of the impact of the UK Government's autumn statement on the work of public service boards?

Will the First Minister make a statement on the future of public services in Blaenau Gwent?

Will the Minister make a statement on ambulance response times in Blaenau Gwent?

To propose that the Senedd: 1. Notes a proposal for a Bill to provide a new framework for help and support for vulnerable people placed in temporary accommodation.  2. Notes that the pu...

What assessment has the Welsh Government made of the economic impact of the UK Government’s levelling-up policies in Blaenau Gwent?

Alun was elected to the National Assembly in May 2007. He is from Tredegar and was educated at the University College of Wales, Aberystwyth. After graduating, Alun was elected President of the National Union of Students Wales and then worked as a campaigner for World Wide Fund for Nature (WWF) and Oxfam, which included international assignments in Rwanda and the Balkans.

Alun has also enjoyed a successful career with Hyder Plc. as a public relations manager, before being appointed Head of Public Affairs at the UK Atomic Energy Authority and S4C (Sianel Pedwar Cymru) as Director of Corporate Affairs. Prior to being elected, Alun was director of his own business, Bute Communications. He has worked throughout Europe and the Middle East and has been a regular speaker at international seminars and conferences.

Since being elected to the National Assembly, Alun has sat on a number of different committees and has chaired the Broadcasting Committee and Rural Development Sub-Committee. He has been active campaigning on local and national issues from the availability of broadband and access to public transport to poverty, deprivation and the improvement of public services.

Following re-election to the National Assembly for Wales in May 2011, Alun Davies was appointed Deputy Minister for Agriculture, Food, Fisheries and European Programmes, and, in March 2013, was appointed Minister for Natural Resources and Food.

In May 2016 Alun was re-elected a Assembly Member for Blaenau Gwent and appointed Minister for Lifelong Learning and Welsh Language.