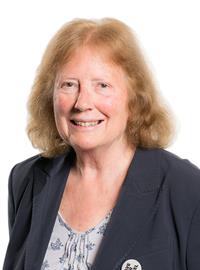 The contact details provided are for Julie Morgan in their role as an Member of the Senedd, and should be used if you wish to contact them in this role. If you wish to contact Julie Morgan in their entirely separate role as a Minister in the Welsh Government please use the Ministerial contact details on the Welsh Government’s website:

To propose that the National Assembly for Wales in accordance with Standing Order 26.47: Approves the Children (Abolition of Defence of Reasonable Punishment) (Wales) Bill. Children (Ab...

To propose that the National Assembly for Wales, for the purposes of any provisions resulting from the Children (Abolition of Defence of Reasonable Punishment) (Wales) Bill, agrees to any...

To propose that the National Assembly for Wales in accordance with Standing Order 26.11: Agrees to the general principles of the Children (Abolition of Defence of Reasonable Punishment)...

This Assembly: 1. Expresses concern over the poor five-year survival rate of the less survivable cancers in Wales, which stands at an average of just 16 percent and calls on NHS Wales...

Will the Commission provide an update on the Welsh Youth Parliament?

Will the Cabinet Secretary provide an update on youth justice services in Wales?

She is a long-time supporter of Macmillan and holds an annual Coffee Morning. Julie also supports the development of the new £200m Cancer Centre at Velindre in Cardiff North and has campaigned for many years in support of a group of patients who contracted Hepatitis C as a following the NHS contaminated blood scandal.

On the environment Julie is a supporter of the Reservoir Action Group to save, and now restore, Llanishen and Lisvane Reservoirs. She has also twice campaigned for an official Green Belt for north Cardiff and continues to seek long-term protection for this land.

After a constituent’s son was severely injured by a dog, Julie became a supporter of a campaign to support the control of dangerous dogs. More recently she has campaigned to reduce food waste.

As a member of the Unite union Julie has a strong interest in trade union rights and she chairs the Cross-Party Group on the PCS union, as well as Cross-Party Groups on health and children.

She is also a trustee of Life for African Mothers and Vice President of the City Hospice.

Julie Morgan was born in Cardiff and educated at Dinas Powys Primary School, Howell’s School in Cardiff, King’s College London, the University of Manchester and Cardiff University. She has a BA Hons in English and a postgraduate diploma in Social Administration.

As MP for Cardiff North Julie Morgan was a member of the Justice, Welsh Affairs, and Public Administration Select Committees and of the Parliamentary Labour Party's Women's Group.

She was chair of groups including the All-Party Parliamentary Group (APPG) for Children in Wales, working with children’s voluntary groups across Wales; the APPG for Gypsy and Traveller Law Reform, and the APPG for Sex Equality (working with the Equality and Human Rights Commission). She was also co-chair of the APPG on Global TB.

During her time in Westminster she presented three Private Members’ Bills - one on banning smoking in public places, one on granting votes at 16, and one on preventing under-18s from using sunbeds which became law in 2010.

Julie was elected as the Assembly Member for Cardiff North in 2011. During the Fourth Assembly she sat on the Public Accounts Committee, the Finance Committee and the Environment Committee as well as chairing seven Cross-Party Groups  covering areas such as children, cancer, and nursing and midwifery.

In the Fifth Assembly Julie was re-elected with the highest number of votes cast for any AM. She chaired the Cross-Party Groups on Cancer, the PCS Union and the Gypsy, Roma, Traveller CPG until becoming a deputy health minister in December 2018. She was also a member of two committees, the Health, Social Care and Sport Committee and the Children, Young People and Education Committee, until becoming a minister.