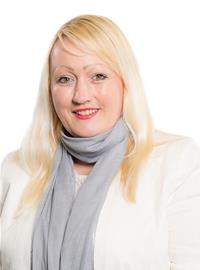 The contact details provided are for Rebecca Evans in their role as an Member of the Senedd, and should be used if you wish to contact them in this role. If you wish to contact Rebecca Evans in their entirely separate role as a Minister in the Welsh Government please use the Ministerial contact details on the Welsh Government’s website:

To propose that the Senedd, in accordance with Standing Order 29.6 agrees that provisions in the Subsidy Control Bill in so far as they fall within the legislative competence of the Sened...

To propose that the Senedd, in accordance with Standing Order 29.6, agrees that provisions in the Rating (Coronavirus) and Directors Disqualification (Dissolved Companies) Bill, in so far...

Delete all and replace with: To propose that the Senedd: 1. Recognises that in the face of unprecedented challenges of austerity, Brexit, climate change and Covid-19, the Welsh Governme...

To propose that the Senedd, in accordance with Standing Order 27.5, approves that the draft The Equality Act 2010 (Capacity of parents and persons over compulsory school age) (Wales) Regu...

Rebecca was first elected to the National Assembly for Wales in 2011 to represent the region of Mid and West Wales. In 2016 she became Assembly Member for Gower.

Rebecca lives in Gower with her husband.

Before becoming an Assembly Member, Rebecca worked in the third sector.

In the Fourth Assembly, Rebecca was appointed to the Health and Social Care Committee, and the Environment and Sustainability Committee and its Common Agricultural Policy Task and Finish Group. She also served on the Children, Young People and Education Committee.