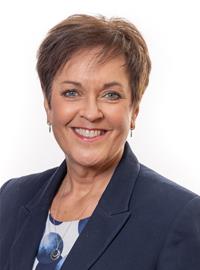 The contact details provided are for Dawn Bowden in their role as an Member of the Senedd, and should be used if you wish to contact them in this role. If you wish to contact Dawn Bowden in their entirely separate role as a Minister in the Welsh Government please use the Ministerial contact details on the Welsh Government’s website:

This Senedd: 1. Notes that Young Carers Action Day, led by Carers Trust, celebrates young carers across the UK. 2. Celebrates the contributions made by more than 30,000 unpaid youn...

Will the First Minister provide an update on Welsh Government support for businesses in Merthyr Tydfil and Rhymney?

What steps is the Welsh Government taking to support the economic development of town centres in Merthyr Tydfil and Rhymney?

What is the Welsh Government's latest assessment of the impact of the EU-UK trade and cooperation agreement on the south Wales valleys?

To propose that the Senedd: 1. Notes the recent report 'More than a By-pass: unleashing the potential of the A465' published by the Bevan Foundation on 16 February on maximising the econ...

What discussions has the Welsh Government held with the UK Government about workers' rights since the end of the transition period?

Dawn’s main sporting interest is football. She has been a lifelong supporter of her home town team, Bristol City, and still travels to games there when time allows.  However, she is also a season ticket holder of Merthyr Town FC and has a keen interest in most local sports in her constituency.

Travel is another one of Dawn’s leisure interests, particularly if it involves being in Italy. Her love of Italy started with a school trip there was she was just 12 years old. She honeymooned there and has spent many holidays in different parts of the country.

In her spare time, Dawn also likes to read, listen to music and spend time with her family who are spread across south Wales, north Wales and the west of England.

Dawn was born and brought up in Bristol, very much the product of a traditional working class family whose parents were both trade unionists and Labour Party members. She has one brother.

Dawn attended St Bernadette’s Catholic Secondary School and studied to GCSE level.  After leaving school, she attended Soundwell Technical College where she gained qualifications in secretarial, business studies and law. She later qualified for the Institute of Leadership and Management Diploma through study with the TUC.

In 1989, Dawn moved to south Wales where her two sons were born, educated, brought up and still live and work. She has been married to Martin since 2011.

Dawn’s first job after leaving college was as secretary to the Regional Managing Director of Guest Keen and Nettlefold Distributors in Bristol.

She moved from there to work as a medical secretary in the NHS before spending a brief period of time working as a Local Government officer. It was during these years of employment in the public sector that Dawn became actively involved with her trade union NALGO (later to become UNISON).

At the age of just 23, Dawn was appointed as a full-time Branch Organiser for NALGO working with the union’s NHS membership in Bristol. In 1989, she moved to south Wales to become the youngest and first female District Officer in the area.  She rose through the ranks of her union to become the UNISON Cymru/Wales Head of Health, a position she held up to her election as Assembly Member for Merthyr Tydfil and Rhymney in May 2016. She counts amongst her proudest achievements leading on the negotiations that delivered the Living Wage into NHS Wales in 2014.

In her union roles, Dawn was an advocate, negotiator, public speaker and campaigner for members working primarily in the public sector services of Local Government, Health, and Higher and Further Education, as well as the privatised utilities of gas, water and electricity and the voluntary sector. She also had management responsibility for a large team of UNISON organisers covering mid and south east Wales.

Dawn worked with a number of organisations representing her union, including the NHS Wales Partnership Forum, Local Government NJC for Wales and the Welsh Government Workforce Partnership Council. She regularly attended and spoke at the Wales TUC and Welsh Labour Party Conferences as a UNISON delegate.

Her political views were shaped by her upbringing and by parents who were both trade unionists and Labour Party members.

During the miners’ strike of l984-85, Dawn worked with the South West TUC to collect both money and food to support the south Wales miners.

It was the miners’ strike and other industrial unrest during the 1980sthat drove her into politics. She joined CND in l984 and in April l986 won a by-election in the then Conservative-held ward of Staple Hill to become a Labour Councillor in Kingswood District Council at the age of just 26. Dawn served on the Policy, Housing, Personnel (Shadow Chair), Environmental Health and Planning Committees.

Dawn has served as a local authority nominated school governor for Labour in both secondary and primary schools and was also a Labour Community Councillor in Pontyclun where she was living prior to her election as Assembly Member in Merthyr Tydfil and Rhymney. She also stood as the Labour candidate for Pontyclun ward of Rhondda Cynon Taff Council in 2004.

Dawn has regularly attended and spoken at both Welsh Labour and UK Labour party conferences.

In the last Senedd term, Dawn served on the Health, Social Care and Sport; Culture, Welsh Language and Communications; External Affairs and Additional Legislation; Climate Change, Environment and Rural Affairs; Children, Young People and Education and Equalities, Local Government and Communities Committees.  She also Chaired the Committee on Senedd Reform and represented the Welsh Parliament at the European Congress of Regions and was a Member of the Valleys Taskforce.

At the beginning of this Senedd term, Dawn joined the Welsh Government as Deputy Minister for Arts and Sport and Chief Whip.