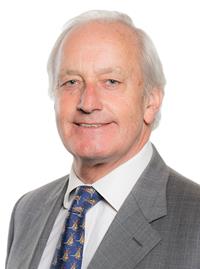 Add as new point at end of motion: Believes that the Welsh Government's draft budget 2021-22 should be reconfigured in the Welsh and British national interest by: a) rapidly repairing t...

Will the First Minister outline the extent to which the Education Act 1996 has influenced Welsh Government policy in the fifth Senedd?

Add as new point at end of motion: Regrets that the Welsh Government's draft budget 2021-22 has been influenced by the ‘build back better’ global movement, which has been endorsed by Bor...

Will the First Minister provide an update on preparations for forthcoming elections in Wales?

Add as new point at end of motion: Notes:  a) press reports in March 2020 stating that the Prime Minister, in respect of the spread of COVID-19 in the UK, said that “we can turn the tid...

Neil Hamilton was a Member of the National Assembly for Wales between May 2016 and April 2021. This was his biography at the time he left.

Neil Hamilton’s key political interests are the economy, low taxes, entrepreneurship and, above all, the sovereignty of Parliament and Britain’s national independence. Opposition to the EU is the thread running through his whole political life. He joined the Anti-Common Market League in 1967 whilst a pupil at the Amman Valley Grammar School.

He is against the Welfare State, believing people should decide for themselves how to live, so long as they cause no significant harm to others.

Born in 1949, he grew up in a mining family in the South Wales Valleys.  Both his grandfathers were coal miners and his father rose to be NCB Chief Engineer for Wales.  He was educated at Amman Valley Grammar School, University College of Wales, Aberystwyth (BScEcon 1970, MScEcon 1973) and Corpus Christi College, Cambridge, (LL.M 1977).

He was called to the Bar at the Middle Temple in 1979 and specialised in tax, intellectual property, company law, trusts etc. Before becoming an MP he was European and Parliamentary Affairs Director of the Institute of Directors.

He fought, as a Conservative, Abertillery in February 1974, Bradford North in 1979 and was elected Conservative MP for Tatton in 1983.  He was a member of the Treasury Select Committee, a Government Whip, Corporate Affairs Minister at the Department of Trade & Industry, responsible for the City, Financial Services Industry, Insurance, Accountancy, Corporate & Commercial Law, Financial Regulation, Fraud & Insider Dealing, Monopolies & Mergers, European Trade Policy etc. He spearheaded the Government's Deregulation Initiative and was a Member of EU Council of Ministers, responsible for all aspects of trade between Britain and Europe with special responsibility for Eastern Europe, He was the UK's delegate to the G7 and UN Conferences on Reconstruction of Eastern Europe.