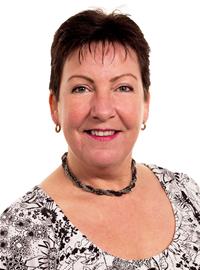 Yes, I'll come on to that group now for my last question. Has the Welsh Government undertaken any further work with organisations such as the Royal National Institute of Blind People to e...

Thank you, Chair. What actions have been and will be taken to ensure that disabled people will not face further issues and long-term inequalities due to the pandemic, Minister?

Thank you, Chair. Can I just ask you something about mental health relaxations? In its response to the committee, the Welsh Government stated that, following representations from the pres...

Mandy Jones was a Member of the National Assembly for Wales between December 2017 and April 2021. This was his biography at the time she left.

Mandy is an accomplished seamstress and can make, repair and alter her own clothes. She is a huge animal lover and has 3 rescue dogs – 2 Rottweilers and a Catalonian Shepherd dog she brought home from Spain; Mandy loves donning her leathers and riding her Honda CBR 600F around the beautiful north Wales landscape.

Mandy hails from Wolverhampton and came to north Wales in 1986. She attended Llysfasi Agricultural College studying agriculture and then small animal husbandry. Here she accomplished student of the year in 2000.

Mandy has 4 grown up children who are all fluent Welsh speakers. She now lives in rural Corwen.

Mandy has worked in a chip shop, a bakery, and has run her own micro business making designer dog coats and doing corporate and company branding. She has been a shepherdess, a tractor driver and a meter reader for G4S.

Mandy joined UKIP in 2014, having been attracted by its policies. She was a candidate for Clwyd South in GE 2015, and in the Assembly Elections 2016. She was also a list candidate and an active campaigner for the referendum in June 2016.  She was returned as a Regional Assembly Member in December 2018 on the resignation of Nathan Gill.