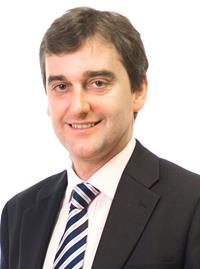 To propose that the Senedd: Notes the report of the Public Accounts Committee, 'Delivering for Future Generations: The story so far', which was laid in the Table Office on 17 March 2021.

Will the Minister confirm how much the Welsh Government has raised in revenue since 2016 through non-domestic rates?

When will the research commissioned by the Minister on the means test and disabled facilities grant be published?

When will the annual report for 2019/2020 on the performance of providers of adaptations be published?

What progress has been made in delivering home adaptations for people with disabilities?

Adapt now Welsh homes for motor neurone disease: how can we make sure people living with MND have safe and accessible homes, maintaining independence, dignity and quality of life.

Nick Ramsay was a Member of the National Assembly for Wales between May 2007 and April 2021. This was his biography at the time he left.

Born in 1975, Nick is originally from Cwmbran. Aside from politics, Nick is a keen tennis player and member of Cwmbran Tennis Club. He is also a follower of Welsh rugby. He is involved in charity work.

Nick went to Croesyceiliog Comprehensive School before attending St John's College at the University of Durham where he gained a Joint Honours degree in English and Philosophy. He later gained a Postgraduate Diploma in Applied Linguistics from Cardiff University.

Nick has previously worked as a researcher for former Welsh Conservative party leader Nick Bourne. Prior to that he worked for former Monmouth AM David Davies.