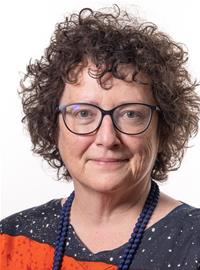 About the role of Llywydd

To propose that the Senedd, in accordance with Standing Order 17.14, elects Sioned Williams (Plaid Cymru) as a Member of the Children, Young People and Education Committee in place of Sia...

The University of Wales Dictionary was

To propose that the Senedd, in accordance with Standing Order 33.2: 1. Considers the report of the Business Committee ‘Amending Standing Orders: Petitions signature threshold’ laid in th...

I think there was a problem with your microphone at one point there, Altaf Hussain. I'm going to come back to you at the end of questions to see if the issue can be resolved on your micro...

To propose that the Senedd, in accordance with Standing Order 33.2: 1. Considers the report of the Business Committee, ‘Amending Standing Orders: Membership of the Standards of Conduct C...

Elin has worked as Economic Development Officer for the Rural Wales Development Board. She has also been a director with Radio Ceredigion and the television production company Wes Glei Ltd.

Elin was a member of Aberystwyth Town Council from 1992 until 1999 and she was the youngest Mayor of Aberystwyth during the 1997-98 term. Elin was National Chair of Plaid Cymru between 2000 and 2002.

Elin is the Llywydd of the Welsh Parliament.