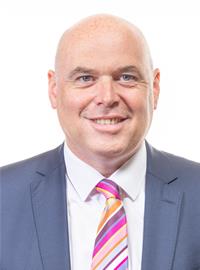 Will the Minister confirm how much funding the Welsh Government has allocated to autism services in Pembrokeshire for this financial year?

What meetings has the Minister had with autism organisations and groups from Pembrokeshire in the Sixth Senedd?

Further to WQ83440 and WQ83441, what is the timescale for the introduction of management measures for seabird and fishery interactions in marine protected areas?

What is the Welsh Government doing to support the economy in Pembrokeshire?

What is the Welsh Government doing to prioritise and invest in diabetes prevention and care?

When will the Welsh Government's new cross government innovation strategy be published and/or issued for consultation?

Paul is a prolific campaigner for the autism community in Wales and brought forward draft legislation on an Autism Act for Wales, which whilst wasn’t passed by the Senedd, resulted in significant statutory changes to autism provision in Wales. Paul is also the leading figure of the campaign to better preserve and protect War Memorials in Wales and regularly raises this issue in the Senedd Chamber.

Paul was born in 1969 and grew up in Pontsian just outside Llandysul in the County of Ceredigion. He attended Tregroes Primary School, Llandysul Grammar School and after studying his A Levels at Newcastle Emlyn Comprehensive School, he joined Lloyds Bank in 1987.

Prior to being elected, Paul continued to be employed by Lloyds Bank and his last role with the company was as a Business Manager based in Haverfordwest helping to support small businesses.