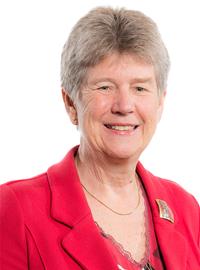 The contact details provided are for Jane Hutt in their role as an Member of the Senedd, and should be used if you wish to contact them in this role. If you wish to contact Jane Hutt in their entirely separate role as a Minister in the Welsh Government please use the Ministerial contact details on the Welsh Government’s website:

To propose that the Senedd, in accordance with Standing Order 29.6 agrees that provisions in the Domestic Abuse Bill in so far as they fall within the legislative competence of the Senedd...

To propose that the Senedd, in accordance with Standing Order 29.6 agrees that provisions in the Financial Services Bill in so far as they fall within the legislative competence of the Se...

Delete all and replace with: To propose that the National Assembly for Wales: 1. Notes the publication of A Parliament that Works for Wales and its recommendations. 2. Agrees that an i...

Will the First Minister provide an update on plans for the development of Cardiff Airport?

Will the Leader of the House provide an update on Welsh Government action towards making Wales the safest place in Europe to be a woman?

What assessment has the Welsh Government made of the 'People Not Profit' credit union campaign in Scotland?

Jane is an honorary fellow of UWIC and a member of UNISON.

Jane Hutt spent part of her childhood in Uganda and Kenya, and was educated at the University of Kent, the London School of Economics and Bristol University. She has lived and worked in Wales since 1972.

With Welsh-speaking grandparents originating from north Wales, Jane has a lifelong commitment to Wales and is a Welsh learner.

Jane became the first National Co-ordinator of Welsh Women’s Aid in 1978 and was a founder of South Glamorgan Women’s Workshop. She went on to become the first director of the Tenant Participation Advisory Service (TPAS Wales) and was subsequently director of Chwarae Teg (Fair Play).

She is the author of 'Opening the Town Hall Door – an Introduction to Local Government' and 'Making Opportunities – a Guide for Women and Employers'.