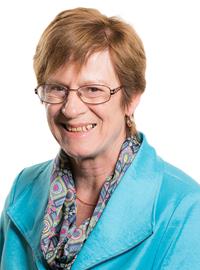 What assessment has the Minister made of the impact on Wales of the UK Government's fiscal statement?

What plans does the Welsh Government have to increase the supply of locally sourced foods?

This Senedd: 1. Notes that the overturning of the landmark Roe v. Wade decision by the US Supreme Court removes a woman’s right to decide when and whether to have children. 2. Beli...

What is the Welsh Government doing to support victims of domestic abuse?

What is the Welsh Government doing to raise pupils' attainment levels in Mid and West Wales?

What discussions has the Counsel General had with other law officers regarding the legality of the UK Government’s plans to send asylum seekers to Rwanda?

Joyce Watson is married with three children, one grandson and one granddaughter.

She attended schools in Manorbier, Cosheston and Cardigan. Joyce returned to education as an adult, studying at Pembrokeshire College and Swansea University.

Joyce served as a Pembrokeshire County Councillor from 1995 – 2004.

Before her election to the National Assembly for Wales, Joyce managed the Wales Women’s National Coalition. She was a senior member of the Wales Gender Budget Group and NHS Equality Reference Group.

Joyce was first elected to the National Assembly for Wales in 2007.

She has represented the Assembly on several international bodies: the Commonwealth Parliamentary Association (CPA) Wales branch (Chair), the British-Irish Parliamentary Assembly, and the Council of Europe’s Congress of the Regions.

Joyce champions the International White Ribbon campaign against domestic violence and is founder of the Assembly’s anti-human trafficking group. Her political interests include promoting the construction industry and rural economic renewal – by working to raise skills, expand apprenticeships and support rural businesses.