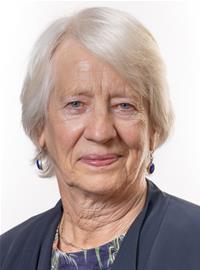 How many applications were a) received and b) granted for the small grants horticulture start-up scheme and the horticulture development scheme?

What is the Welsh Government doing to strengthen food security in Wales?

What is the breakdown of the £260 million committed over three years to implement the universal school meal provision programme?

What steps is the Welsh Government taking to improve disabled people's access to public services?

What is the Welsh Government's strategy for reducing Wales's carbon emissions from food?

To propose that the Senedd: Notes the Equality and Social Justice Committee report on Gender based violence – The needs of Migrant women, laid on 26 October 2022. The response of the We...

“In the Senedd my main interests are the wellbeing of future generations in light of the climate emergency, the public health emergency exacerbated by our unhealthy diets, and the air pollution poisoning our lungs. It is my ambition to ensure that Government and all public services deliver on sustainable food, housing, transport and energy systems as clearly set out in the Well-Being of Future Generations Act (2015).”

Jenny Rathbone was born in Liverpool and has two children and two grandchildren. She lives at the heart of the Cardiff Central constituency, most of which is accessible by bike. Jenny believes that good things can happen when communities work together and will work with anyone who wants to address the inequalities that are all too evident in every community.

Jenny worked for 20 years in current affairs television, as a researcher and reporter for Granada’s World in Action; producer of the BBC’s Money Programme, and on R4’s Woman’s Hour. From 2002 to 2007, Jenny was programme manager of an award-winning Sure Start programme in north London and set up two children’s centres, including a national pathfinder ante natal service offering parenting classes and breastfeeding support working alongside midwife-led clinics. Jenny has considerable experience of working with doctors, nurses and allied health professionals as chair of Independent Review Panels for the NHS in London (1996 2003); improving primary care as the lay representative on the Professional Executive Committee of Islington Primary Care Trust (2002-2006), chairing the Camden & Islington Health Action Zone partnership as lead councillor for health on Islington Council (1998-2002)., and as a member of the Camden & Islington Maternity Liaison Committee for nearly 20 years. Jenny was a lay inspector for Estyn 2009-2011.

Jenny Rathbone was elected to the National Assembly in May 2011 after defeating the Liberal Democrats in the Cardiff Central seat. In May 2016, she increased her majority by over 2,000 per cent. Jenny says "it’s vital that every child gets a fair start in life. That is why I have been a school governor for the over 20 years. Decent, warm housing is everyone’s right. I’ve always worked with tenants’ associations and community organisations to tackle the housing problems, drugs and crime which impact on all our lives. I’m a passionate supporter of the NHS  created by Aneurin Bevan as Health and Housing Minister after the second world war. I am a member of Unite and a strong supporter of the social partnership approach to involving trade unions in the management of the workplace. I am a proud Patron of Hayaat Woman's Trust and a trustee of Good Food Llanedeyrn.”