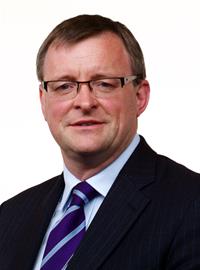 William Powell was a Member of the National Assembly for Wales between May 2011 and April 2016. This was his biography at the time he left.

William Powell attended Talgarth School and Gwernyfed High School, gaining a scholarship to read Modern Languages (French and German) at Pembroke College, Oxford. He graduated in 1986 and now lives with his family on their organic farm in the Black Mountains near Talgarth, Powys.

A qualified teacher, he has taught French and German at a number of schools in Wales and the Marches. He was latterly Head of German at Hereford Sixth Form College, where he was also the European Officer.

William has served as County Councillor for Talgarth since 2004.

He has been active in rural regeneration projects, including the restoration of Talgarth Mill, one of six projects across the UK to win financial support from the BIG Lottery in association with the BBC’s Village SOS programme.

William was also a founding board member of Wales in Europe and currently serves as Chair of the Wales Council European Movement. In addition, William is a Council Member of the European Liberal Democrats (ELDR) and works closely with Liberal sister-parties across the continent.

He is a member of the FUW and was until recently Vice Chair of Tourism Partnership Mid Wales, which is based in Machynlleth. He is a Governor of Talgarth CP School and Gwernyfed High School. William is a member of the Lloyd George Society, where he also serves on the committee.