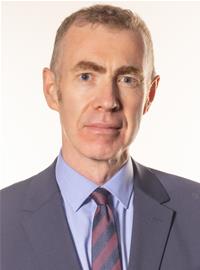 Will the Minister share the Government's current assessment of the cost of its current proposal for the NHS workforce pay rise?

What percentage increase on average to NHS workforce wages does the Welsh Government's latest proposal represent?

What assessment has the Counsel General made of how the Supreme Court's judgement on the Scottish Parliament's intention to hold a second independence referendum will affect Wales’s abili...

What is the Welsh Government doing to support post-16 learners in Carmarthen East and Dinefwr who are in receipt of education maintenance allowance?

What plans does the Welsh Government have to increase the quality and availability of rail journeys in Carmarthen East and Dinefwr?

What support is the Welsh Government providing for off-grid homes that are in fuel poverty?

Adam was awarded a Fulbright Scholarship to study at the internationally-renowned Harvard University where he studied a Masters in Public Administration. He went on to become a Fellow at the Centre for International Development at Harvard’s John F. Kennedy School of Government.

In 2014 he won the Bronze Medal at the New York Film and Television Festival for his documentary on the 1984/85 Miners Strike. In 2015 his four-part series was recognised with two BAFTA Cymru Awards.

He was born in Carmarthen into a miner’s family and was educated at Ysgol Dyffryn Aman and then Cardiff University where he graduated with a BSc (Econ).

Adam is a former Managing Director of Newidiem, a UK policy and economics consultancy, and former Executive Director of the Welsh economic development and cultural change agency, Menter a Busnes.

Before being elected to the National Assembly, Adam worked as a Senior Programme Manager for a UK Innovation Foundation.

Adam is a former Member of Parliament, representing the Carmarthen East and Dinefwr constituency between 2001 and 2010.

A voracious opponent of the Iraq War and Tony Blair’s role in the outbreak of war, Adam led an attempt, alongside other Plaid Cymru and SNP members, to impeach Tony Blair. Adam was ejected from the House of Common’s chamber on 17 March 2005 for refusing to retract his statement accusing Tony Blair of having “misled” Parliament.

Adam initiated a three-hour debate on an enquiry into the Iraq War, resulting in the establishment of the Chilcot Enquiry.

During his time at the Commons he served on the Culture, Media and Sport Committee and was Plaid Cymru’s spokesperson for Treasury, Business, Innovation and Skills.

Adam was voted the only Welsh MP to retain public support in the Western Mail’s online poll of MPs’ during the expenses scandal of 2009. He was named as the 2007 BBC AM.PM Communicator of the Year, and won the 2005 ITV Welsh Political Awards Campaigning Politician of the Year.