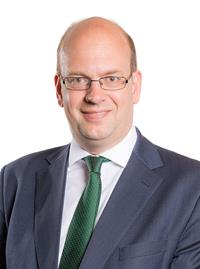 Will the First Minister make a statement on the status of intergovernmental relationships between the Welsh Government and UK Government?

Will the Minister make a statement on the phasing out of the nil rate band of land transaction tax on residential property transactions up to £250,000?

Delete all after point 2 and insert: Believes that devolution has held back healthcare provision and outcomes in Wales. Calls for an integrated UK-wide approach to healthcare with one N...

What discussions has the Minister had with the Minister for Finance and Trefnydd on the impact that the tax paid when buying residential properties is having on the Welsh housing stock?

What analysis has the Welsh Government undertaken of the success of the mutual investment model?

Will the Minister make a statement on the role vitamin D supplements can play in mitigating COVID-19 and in fostering good health more generally?

Mark Reckless was a Member of the National Assembly for Wales between May 2016 and April 2021. This was his biography at the time he left.

Mark Reckless has campaigned all his adult life for the UK to leave the European Union.

In October 2012, Mark defeated the then UK coalition government for the first time in a parliamentary vote, with a motion requiring a real terms reduction in the EU budget. This was delivered, saving UK taxpayers billions of pounds, and within three months the Prime Minister agreed to a referendum on EU membership.

In the autumn of 2014, Mark left the Conservative party and joined UKIP. He stood down from his seat in the UK Parliament to seek the endorsement of his constituents and was re-elected in a by-election.

Before politics, Mark worked as UK Economist for the investment bank S.G. Warburg (now part of UBS). He was rated top three by clients on the Extel and Institutional Investor surveys. Mark later worked as a management consultant. In 2007 he was called to the Bar. In 2009 he qualified as a solicitor with Hebert Smith LLP, having spent time as Judicial Assistant to the Vice-President of the Court of Appeal.

Having fought for the Medway constituency seat in 2001 and 2005, Mark was elected as Conservative MP for Rochester and Strood in 2010. He also served as a Medway Councillor and a member of the Kent Police Authority.