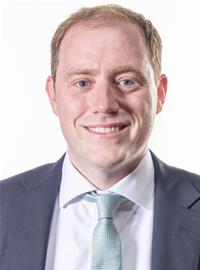 Diolch yn fawr. I'm not quite sure why those hadn't been grouped together. Of course, this Bill does extend to Wales and, as you suggested, grants sweeping powers to the Secretary of Stat...

7. What legal advice has the Counsel General provided to the Welsh Government regarding the impact of the Strikes (Minimum Service Levels) Bill on the Welsh public sector? OQ58986

What discussions is the Welsh Government having with manufacturers and larger supermarkets towards improving or changing plastics, including containers and packaging, to recyclable products?

What legal advice has the Counsel General provided to the Welsh Government regarding the impact of the Strikes (Minimum Service Levels) Bill on the Welsh public sector?

What discussions has the Counsel General had about ensuring that the UK COVID-19 public inquiry has access to the expertise of the Welsh legal sector?

Rhys's main interests are constitutional affairs, taking action on the climate emergency, eradicating child poverty and ensuring a better life for families and those affected by dementia. He also takes a keen interest in the local history of Cardiff, the Welsh language along with legal and justice matters.

Rhys was born and raised in Cardiff where he attended Ysgol Glantaf. He studied law at Oxford University and completed his Bar course at Cardiff University. He was awarded the Pantyfedwen Scholarship.

Rhys lives in Cardiff with his wife and their daughter.

He sat on the Advisory board of the Wales Governance Centre Justice and Jurisdiction project, was a Panel Member Welsh Government Public Law Scheme and a Law Lecturer at Swansea University from 2014-2019.

In 2018-19, Rhys undertook work with the Welsh Government as Head of Policy for the Commission on Justice in Wales chaired by Lord Thomas of Cwmgiedd, former Chief Justice of England and Wales.

In 2017, Rhys stood in the Cardiff Council election in the Canton ward, where he increased the Plaid Cymru vote from 910 to 2,105.

Since being elected, to the Senedd he has led and supported a number of prominent campaigns, such as calling for justice for those living in high rise flats in Cardiff Bay, a decent pension for 1950s born women and campaigned for a National Care System for Wales to complement the Welsh National Health Service.

Rhys was elected chair of the cross party group on dementia on Wednesday 10 November 2021, with Jayne Bryant MS elected as deputy.