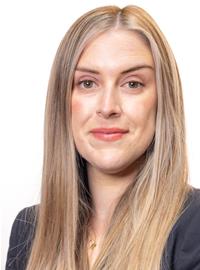 Will the Minister provide an update on plans to enable local authorities to raise a tourism levy?

It's housing and health, really, because I think, as we've seen—and this has come through some of the inquiries that we've already done so far—we know that health equality and housing are...

I can't seem to unmute myself. Sorry about that. So, yes, on to the housing and—. Well, it's housing and the health, actually, because, as you know, we've done—. Is that right, Chair?

Thank you. And that's not to say, either, that—. I think it's just the way things are with local authorities at the moment, it's not necessarily from—. It's just that things get moved aro...

Sarah is committed to digital rights and democracy, and developing environmental policies for a greener Wales.  Prior to being elected, Sarah was the Chair of Sustainable Wales, a charity based in Porthcawl that supports community-based sustainable development. In 2020, she produced the webinar series “Circular Economy: A Design For Life" attended by leading experts from across Wales and the UK. In March 2020, Murphy founded the Bridgend Coronavirus Support Group that has approximately 12,000 members and has raised money for Bridgend Foodbank and Splice Child and Family in Pyle.

Murphy lives in Bridgend with her partner.

After graduating, Sarah moved to Seoul, South Korea to teach English. She has worked in London for a global property development company. In 2016, she graduated from the School of Journalism, Media & Communication at Cardiff University with an MA Distinction in Digital Media & Society. Sarah was awarded a scholarship from Cardiff University and a grant from the Leathersellers’ Company Charitable Fund to carry out her studies.  Between 2019-2021, Sarah focused on her social welfare and big data research, primarily for the Data Justice Lab at Cardiff University. She researches UK and international governments use of big data and algorithmic-design for public services – with a focus on identifying potential data harms and discrimination against children and families. Her most recent research project investigated data-driven workplace surveillance.

Sarah Murphy was the Head of Events for Welsh Labour between 2009-2012.  In 2017, as the Research Analyst for Lee Waters AM, she developed and implemented the first opensource, online crowdsourcing platform for a Welsh Assembly Member. Following the 2017 General Election, she was appointed as the Senior Communications Manager to Anna McMorrin MP, and then the Senior Advisor to the Shadow Secretary of State for Wales.  Sarah was elected as the Welsh Labour Member of the Senedd (MS) for the Bridgend constituency at the 2021 elections with a majority of 4,064 .She is the only woman to have won a seat previously held by a man during this election, replacing former First Minister Carwyn Jones, who decided not to stand for re-election.