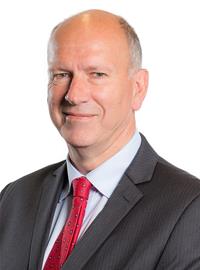 About the role of Deputy Presiding Officer

This Senedd: 1. Supports women's club football in Wales, and the Wales women's national football team, as important elements of Welsh sporting identity. 2. Recognises the role that...

What action is the Welsh Government taking to support the local economy of Aberavon?

What is the Welsh Government doing to improve access to further and higher education for workers in Wales who might be looking to retrain?

What discussions has the Minister had with UK Government Ministers about enhancing the devolved settlement in order to provide additional funding for flood victims?

What action is the Welsh Government taking to support residents who were evacuated from their homes in Skewen following flooding caused by water emanating from old mine workings?

What action is the Welsh Government taking to support the mental health and well-being of families affected by coronavirus?

David is a strong advocate for good relationships between workers and their employers and as such believes that trade unions have an important role in supporting working people.  He is a member of both Unite and Unison and was previously also a member of the Universities and Colleges Union during his educational career. His academic interest in the application of computing led him to become a member of the British Computer Society and a Chartered Engineer during his time as an academic.

His political interests include the future of manufacturing in Wales, the provision of health services, education, economic development & regeneration including the opening up of more tourism opportunities within the South Wales valleys and improving public services within local communities.

David Rees is a native of Aberavon and was educated in local primary and comprehensive schools. Upon completing his A-levels he attended University College Cardiff (now Cardiff University) for both his undergraduate studies and his PGCE. He has always lived in Port Talbot and now lives in Cwmafan, Port Talbot, with his wife. They have two adult daughters, both of whom attended local Welsh medium schools, and five grandchildren.

David has an honours degree in Civil & Structural Engineering from Cardiff University, as well as a post-graduate teaching qualification and a master’s degree in Computer Science.

David started his education career as a teacher of mathematics and computer science in Cynffig Comprehensive School, Kenfig Hill, before becoming a lecturer in computing at Afan College. He then moved into higher education as a senior lecturer in Computing and prior to his election to the National Assembly in 2011 he had progressed his career to become an Assistant Dean of Faculty at Swansea Metropolitan University (now part of UWTSD).  During his time at Swansea Metropolitan University, David was chair of the Joint trade union committee and a lay member of the Welsh regional committee of UCU (NATFHE) representing members across the institution.

In 2016, David was re-elected to represent Aberavon in the Senedd.  During the fifth Senedd, David chaired the External Affairs & Additional Legislative committee and also sat on the Finance Committee, the Health, Social Care & Sport Committee and the committee for the Scrutiny of the First Minister.  He continued to chair the CPGs on STEMM and Mental Health and also chaired CPGs on STEEL, Nursing & Midwifery and Cancer, whilst being a member of several others.

In 2021, David was once again re-elected to represent his home town in the sixth Senedd, and was subsequently elected as Deputy Presiding Officer.

Since joining the Labour party in 1982 he has held a number of positions within the Labour Party in Wales, as well as in his trade unions.

Before being selected to represent his home constituency in 2011, David was the Labour Party’s candidate for Brecon and Radnorshire in the 2003 National Assembly election and a list candidate for South Wales West in the 2007 election.