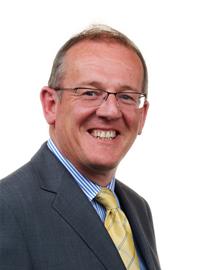 Aled Roberts was a Member of the National Assembly for Wales between May 2011and April 2016. This was his biography at the time he left.

Aled Roberts attended Ysgol y Ponciau, Ysgol y Grango and Ysgol Rhiwabon before going on to study law at the University of Wales, Aberystwyth. In 1993 he married Llinos and they have two sons, Osian and Ifan.

After obtaining his solicitor’s professional qualification, Aled practised in Wrexham where he became a partner, but ceased to practise when he was elected Leader of Wrexham County Borough in 2005.

He is a former Chairman of Waste Awareness Wales, and was also a member of the Wales Climate Change Commission.

Prior to his election to the National Assembly, Aled also held the position of Chair of the Wales Strategic Migration Partnership and served as the Welsh representative on the UK Local Government Association’s Asylum and Refugee Working Group.

Aled was the Welsh Local Government Association spokesperson for Housing from 2005 to 2011, and in 2008 was given additional responsibility when the portfolio was expanded to include Environment, Sustainability and Waste.

Aled has been actively involved in politics since 1985 when he successfully campaigned to rescue the Miners’ Institute in Rhos.

In November 2007, Aled was named “Councillor of the Year” at the ITV Wales Politician of the Year Awards.