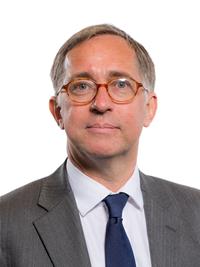 Will the Minister make a statement on proposals to make Section 43 of the Education (No. 2) Act 1986 applicable to student unions, and whether any such duty would extend to Wales or requi...

Will the First Minister make a statement on the Welsh Government's efforts to promote citizen participation in decision-making?

Will the Counsel General make a statement on measures taken to smooth the flow of European trade to and from Wales?

What measures are in place to support Cardiff Airport when the lockdown restrictions end?

The Cumberlege Review: lessons for informed consent in the NHS.

What discussions has the Welsh Government had with the UK Government to ensure that the Turing scheme promotes objectives similar to those of the EU's Erasmus programme?

David Melding was a Member of the National Assembly for Wales between May 1999 and April 2021. This was his biography at the time he left.

He is an acknowledged authority on the British constitution and has written two influential books, ‘Will Britain Survive Beyond 2020?’ (2009) and ‘The Reformed Union: The UK as a Federation’ (2013).

Born in Neath in 1962, David was educated at Dwr-y-Felin Comprehensive School, Neath; the University of Wales, Cardiff; and the College of William and Mary in Virginia, USA.

David is a former manager of the Carers National Association in Wales and a former Deputy Director of the Welsh Centre for International Affairs.

He has previously chaired the Assembly’s Audit; Health and Social Services; Standards of Conduct; and Constitutional and Legislative Affairs Committees.

David Melding was Deputy Presiding Officer during the Fourth Assembly.