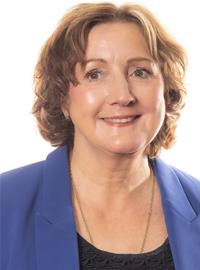 Will the Cabinet Secretary reconsider the decision not to bring the basic payment date forward, and state whether emergency loans could made available in October to farmers facing fodder...

Further to WAQ76948 will the Cabinet Secretary explain when an announcement should be made about Welsh Government enquiries relating to the horizontal launch at Llanbedr airfield, and sta...

Will the Cabinet Secretary state by when the submissions to the consultation on the A55 Junctions 15 and 16 Improvement Scheme will have been analysed, and explain whether there will be a...

What efforts did the Welsh Government make to inform residents in the Llanfairfechan and Penmaenmawr areas that they could have requested meetings with the Public Liaison Officer before t...

Will the First Minister state whether the Welsh Government have bought or rented the 2 new offices in Germany, how much money has been invested in them so far, and explain how many staff...

Politically, Janet’s key focuses are ensuring more investment in health and social services – particularly for the elderly and those suffering with mental health illnesses; reducing regulation and red tape for farmers; ensuring the full rollout of superfast broadband to rural areas; supporting small and medium-sized businesses, and reducing waste in Government at all levels to ensure value for taxpayers’ money.

Outside of politics, Janet is passionate about animals and marine conservation, and plays an active role in the Llandudno community. She is a keen sailor, and enjoys spending time with her family.

Janet is married to Gareth Saunders. They live in Llandudno and have two children together – Adam and Hannah.

As a keen business woman and entrepreneur, Janet has founded a number of successful local businesses. She is supportive of new start-ups and established SMEs, and initiated the Cross-Party Group on Small Shops during the Fourth Assembly.

Janet has previously represented the Craig-Y-Don ward on Llandudno Town Council, and Conwy County Borough Council. Within the Local Authority, she sat as the Cabinet Member with overall responsibility for Community Safety, and held the roles of Chair of the Principal Scrutiny Committee and Leader of the Welsh Conservative Group.

Janet is proud to be a former Mayor of Llandudno, a position held by both her parents before her.