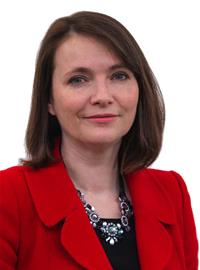 The contact details provided are for Kirsty Williams in their role as an Member of the Senedd, and should be used if you wish to contact them in this role. If you wish to contact Kirsty Williams in their entirely separate role as a Minister in the Welsh Government please use the Ministerial contact details on the Welsh Government’s website: http://gov.wales/about/cabinet/writingtoministers/?lang=en

The Member does raise an important point. Where a child with additional learning needs is able to travel safely with their peers on school transport, then that is something to be consider...

Well, I have to say, with regard to compulsory school education, all local authorities have to abide by the learner travel Measure, which states very clearly who is and who is not entitle...

Firstly, can I say that a great many children travel to school on public transport and they do that successfully and safely every day? School transport actually comes under the portfolio...

Well, of course, Darren, I absolutely accept that there are funding pressures within the education system, because I have the unenviable task of having to make those tough choices, but I'...

Well, Darren, of course, when one in four parents expresses less than perfect satisfaction with their children's secondary education, then I want to see that figure improve. I want all pa...

Kirsty Williams was a Member of the National Assembly for Wales between May 1999 and April 2021. This was her biography at the time she left.

Kirsty was born in Taunton to Welsh parents and, from the age of three, grew up in Bynea in Camarthenshire. Kirsty lives on the family farm just outside Brecon with her husband and three young daughters.

She was educated at the village primary school in Carmarthenshire and then at St Michael’s School in Llanelli.

Kirsty studied at Manchester University and the University of Missouri, before working at Carmarthenshire College and for a small business in Cardiff as a Marketing Executive.

Kirsty Williams was first elected to the Assembly in May 1999. She became the leader of the Welsh Liberal Democrats in December 2008 and, at the time, she was the first female leader of any of the four main Welsh political parties. She has chaired the Health and Social Services, Standards of Conduct and Sustainability Committees.

Kirsty was Minister for Education during the Fifth Senedd.