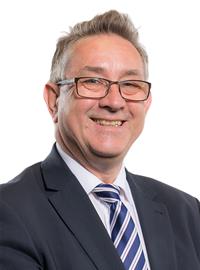 Counsel General and Minister for the Constitution

Counsel General designate and Minister for the Constitution

The contact details provided are for Mick Antoniw in their role as an Member of the Senedd, and should be used if you wish to contact them in this role. If you wish to contact Mick Antoniw in their entirely separate role as a Minister in the Welsh Government please use the Ministerial contact details on the Welsh Government’s website:

To propose that the Senedd, in accordance with Standing Order 29.6 agrees that provisions in the Elections Bill in so far as they fall within the legislative competence of the Senedd, sho...

To propose that the Senedd, in accordance with Standing Order 29.6, agrees that provisions in the Public Service Pensions and Judicial Offices Bill in so far as they fall within the legis...

Will the Minister make a statement on additional funding allocated to the education portfolio to support the 21st century schools programme in Rhondda Cynon Taf?

What financial support has the Welsh Government provided to the tourism sector throughout the coronavirus pandemic?

What have the Welsh Government’s international priorities been during the COVID-19 pandemic?

Will the Minister make a statement on the impact of leaving the EU on the Welsh seafood sector?

Counsel General and Minister for the Constitution

Mick Antoniw is a founder member of the Bevan Foundation and a former trustee of the Welsh Refugee Council. He is Vice President of the Brynsadler Community Trust in Pontyclun and a Trustee of Beddau-based youth counselling charity Eye-to-eye. He is also a member of Welsh Labour Grassroots, the Co-operative Party, GMB and the Musicians Union.

In his constituency, Mick’s focus is on ensuring fairness and social justice for working people and improving infrastructure, particularly in respect of transport. He engages widely across his constituency and has been pleased to help many individuals and groups make improvements in their local area.

Mick was brought up in Reading and moved to Wales to study law at Cardiff University in 1973. He loves Wales and it’s where he met his wife Elaine, so he’s lived here ever since. Mick’s father was a refugee from Ukraine after the war and he taught Mick Ukrainian, which he speaks fluently. Mick takes Welsh lessons whenever he can, but is still some way from being fluent in three languages!

Before being elected as an Assembly Member in 201I, Mick was a partner at Trade Union solicitors Thompsons, where he regularly represented people in Pontypridd and across Rhondda Cynon Taf. His casework took him to the collieries at Nantgarw and Cwm, South Wales Forgemasters and Brown Lenox among others and, as a result, he has lived through the many changes in the constituency over the years.

After qualifying as a solicitor in 1980, Mick specialised in spinal and head injuries and corporate manslaughter. He is a visiting fellow of the University of South Wales in Treforest and has lectured widely across Wales, the UK and internationally in the field of health and safety and law reform.

Mick has served the people of Pontypridd and Taff Ely as their Assembly Member since 2011, being re-elected in 2016.

Mick served as Counsel General for Wales from June 2016 to November 2017.

During the Fourth Assembly (2011 – 2016), Mick sat on the Assembly’s Enterprise and Business Committee and the Environment and Sustainability Committee; and was Chair of the Standards of Conduct Committee. Mick continues to participate in a number of Cross-Party groups.

From 2012 to 2015, Mick represented the Welsh Government on the European Union Committee of the Regions and was re-appointed to the role in 2017.