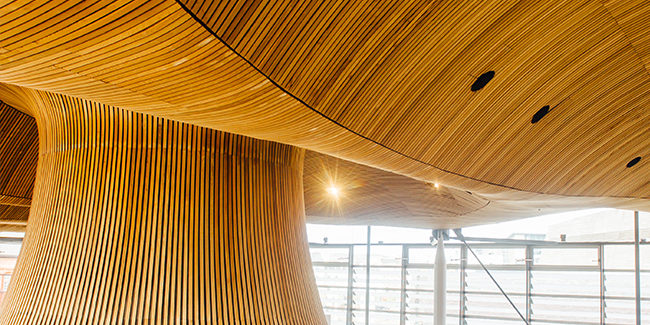 16 and 17 year olds will be able to vote for the first time at the Welsh General Election in 2021, as part of the biggest changes to the democratic process in Wales in half a century.

Assembly Members today, 27 November 2019, voted in favour of historic legislation, in the final phase of the Senedd and Elections Bill, which will implement the largest franchise extension in Wales since 1969. The Bill contains wide-ranging reforms which means changes to the rules about who can vote and who can stand as candidates in Assembly elections.

It means that 16 and 17 year olds will - for the first time - have influence in choosing the Members who will represent them in the next Assembly and give them a voice over the decisions that will define their future.

The last time the voting age was lowered, from 21 to 18, was in the Representation of the People Act in 1969. Extending the franchise to 16-year-olds is "long awaited" according to the Llywydd of the Assembly, Elin Jones AM;

"This was a vote to empower our young people to participate in the democratic process by extending the vote to 16 and 17 year olds – a move which, for some, is long overdue.

"This Bill, in my view, will create a more inclusive, diverse and effective Senedd, and will strengthen our democracy for the twenty first Century. One that will give our legislature a name which is a true reflection of its constitutional status and improves public understanding of the Senedd's responsibilities. And one that will bring new energy to our democratic process.

"I am pleased that Wales has taken this important step to strengthen the foundations of our parliamentary democracy, a move that future generations will thank us for."

Lowering the voting age is one of the many changes that have been approved in passing the Bill. These include confirming a new bilingual name for the Assembly, Senedd Cymru / Welsh Parliament - a name that will more accurately reflect the institution's status as a mature legislature.

The main changes include:

The panel was chaired by Professor Laura McAllister, who said in reaction to the vote;

"Today we have witnessed a monumental step forward on a historic day for Wales' democratic process. By lowering the voting age for the Welsh General Elections in 2021, 16 and 17 year olds have been empowered to vote for the first time in Wales.

"The Assembly is a very different institution to the one established in 1999, and this is why we as an independent expert panel were tasked with reviewing and presenting ideas for change. The passing of the Senedd and Elections Bill today has introduced major changes as part of the Senedd's evolutionary journey. There is still a way to go, with further changes to come as part of widespread reforms which aims to build an even more effective and inclusive legislature which better serves the people of Wales."

The new legislation will be implemented following Royal Assent in January 2020.

The whole session can be watched on Senedd TV