​The Welsh Government should abolish the concept of 'priority need' for housing if it wants to reduce the number of people sleeping rough in Wales, according to a National Assembly committee. 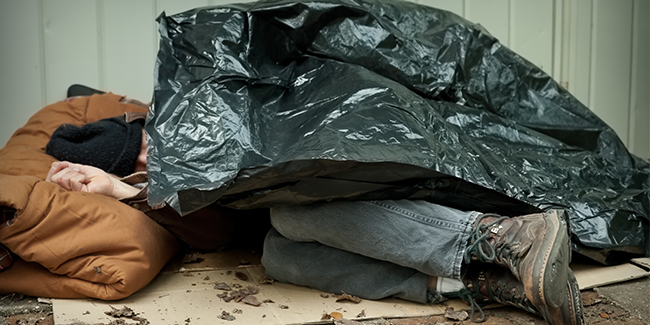 The Equality, Local Government and Communities Committee heard that although many rough sleepers should be considered vulnerable, for example due to poor physical or mental health, or substance misuse issues, the current priority need criteria –– means they are still left on the street.

Figures show that there were at least 345 people sleeping rough across Wales in the two weeks from 16 – 29 October 2017, showing a steady rise in numbers, although the precise scale of the increase is not known.

If the Welsh Government is minded not to do that, the Committee suggests amending the definition of vulnerable in the Housing Act 2014 which, Members were told, has fallen considerably short in assisting rough sleepers.

"The number of people sleeping rough in Wales is growing and as a society this is something we simply shouldn't accept," said John Griffiths AM, Chair of the Equality, Local Government and Communities Committee.

"The reasons behind people living on the streets are often complex and there is no one-size fits all solution.

"What our inquiry has found is that the criteria used to identify those who are in 'priority need' of accommodation is such that even the most vulnerable people within our communities are falling through the cracks.

"We want the Welsh Government to introduce a phased approach to abolishing priority need, which would start by ensuring that everyone sleeping rough is considered in priority need, and is entitled to support and housing."

The Committee makes 29 recommendations in its report, including:

The Committee's recommendations will now be considered by the Welsh Government.

Life on the streets: preventing and tackling rough sleeping in Wales (PDF, 917 KB)