Appointment of the new Chief Executive and Clerk of the Assembly

​Dr. Manon Antoniazzi has been appointed as the new Chief Executive and Clerk of the National Assembly for Wales. 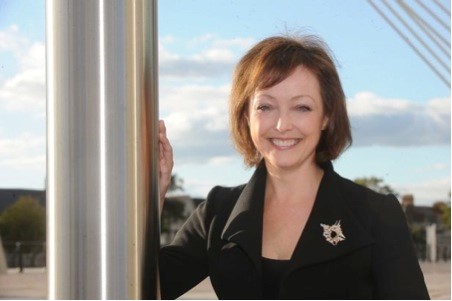 The Clerk is the most senior Assembly Commission employee and is responsible for ensuring that Assembly Members are provided with the services and support they need to represent Wales and its people, make laws for Wales, agree Welsh taxes and hold the Welsh Government to account.

As the organisation’s Principal Accounting Officer, she will also champion the Assembly’s reputation within Wales and beyond as an accessible and efficient democracy.

Manon is currently the Director of Culture, Sport and Tourism for the Welsh Government, having been Chief Executive of Visit Wales. Earlier in her career, she had roles at the BBC and S4C, as well as with the Prince of Wales. The appointment was made following a rigorous competitive recruitment process to find a replacement for the current Chief Executive and Clerk, Claire Clancy, who has decided to retire following almost a decade in the role.

The Llywydd, Elin Jones AM said: “I am delighted that Manon has accepted the challenge to lead the organisation through the next phase of our development at the heart of Welsh democracy. Manon brings a wealth of experience to this post, and the panel and I are in no doubt that she will approach the role with great skill and enthusiasm, and a passionate commitment to the success of the Assembly. I would also like to thank Claire Clancy for the outstanding leadership she has provided over the past ten years that has positioned the Commission as a highly regarded parliamentary organisation worldwide.”

Manon Antoniazzi said: “I look forward to undertaking this role, knowing that I will be leading an exceptional team in supporting our national parliament. This year will mark twenty years since the referendum that provided a mandate to establish the Assembly, and I will be glad to work with the Llywydd and our Assembly Members as they steer the organisation through the next phase of its journey and make Welsh democracy flourish.”

Manon will be taking up her post in April 2017.