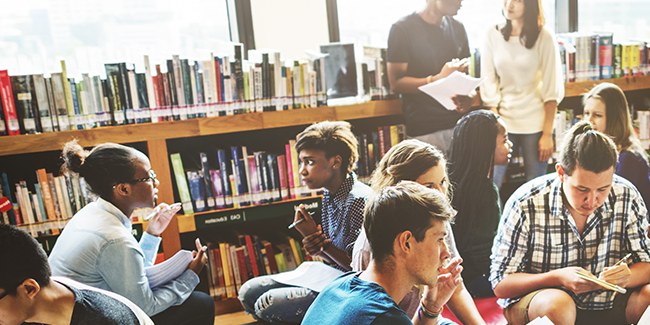 The National Assembly's Children, Young People and Education Committee is launching its report examining how well the Higher Education (Wales) Act 2015 has worked. The Committee wanted to make sure that the lessons from this Act are reflected in the new tertiary education bill, due to be introduced in 2020. This bill will replace the Higher Education Act and is expected to significantly change post-16 education, bringing very diverse education providers under one new arms-length tertiary education Commission.

The Committee heard strong criticisms of the Act from a range of stakeholders including universities and the Higher Education Funding Council for Wales (HEFCW). It was told that the law doesn't give HEFCW oversight over some higher education provision, placing student interests and public funding at risk. It also heard that the Act isn't able to deal effectively with suspected poor governance at universities, an issue which is important to get right.

What matters to students

The Committee also made recommendations for principles it expects to see in the new tertiary education bill, all based on the lessons from this inquiry. The Committee believes that student interests are poorly reflected in the current legislation which is out of touch with what really matters to students such as mental-health provision, having access to affordable accommodation, getting value for money, the facilities on campus, their employability and access to student services. The new bill must improve this and have a far better and broader idea of student interests, and it must safeguard them.

Lynne Neagle AM, Chair of the Children, Young People and Education Committee said:

"We have learned a lot of lessons from the Higher Education Act, lessons we are very keen to see reflected in the new tertiary education bill. This new bill is a once-in-a-generation chance to create a vision for post-16 education that has students and learners at its centre, learners who are able to realise their full potential, whatever their background.

"We want to ensure that the original ambitions for the reforms – which include prioritising learners' needs and realising the talents of all learners  – are not squeezed and wrung out of the tertiary education bill. I urge the Welsh Government to consider carefully our recommendations and to maintain that original ambition. The HE Act is focused on providers - the new bill must be focused more on learners".