#AskFirstMin - Have your question answered by the First Minister, Carwyn Jones

The Committee wants to hear from organisations, businesses and from you – more details on how to take part online below. The Committee for the Scrutiny of the First Minister is meeting in Swansea on October 16 at 10.30 at the National Waterfront Museum. The main topic will be ‘Wales in the Wider World’. Here’s a flavour of the main drivers for discussion: 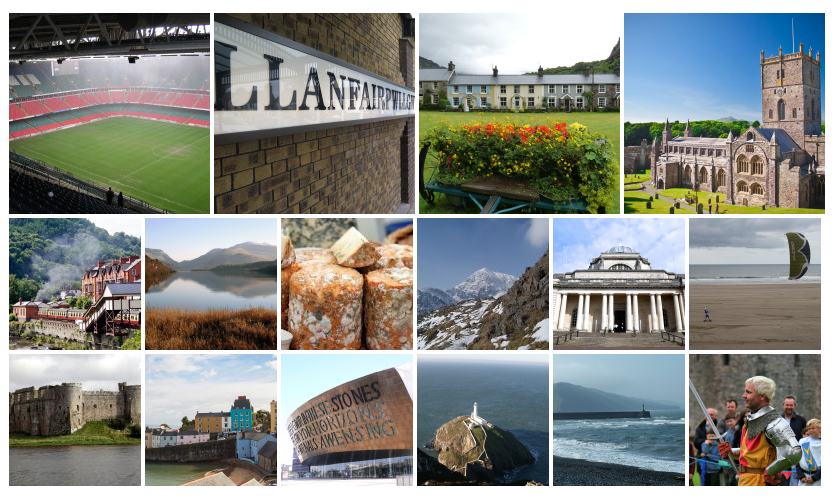 A full agenda will be posted on the Committee's web page when confirmed.  The majority of Committees meet weekly to scrutinise the Welsh Government in detail but The Committee for the Scrutiny of the First Minister focuses on broad topics relating to any central strategic vision of the Welsh Government’s programme. How do I take part online? You can submit your question, observation or comment to the Committee on the topic of ‘Wales in the Wider World’ any way you like:

What happens next? We will collate the responses and hand them over to the Committee’s Chair - David Melding AM. The Chair will then incorporate them into the line of questioning for the First Minister, Carwyn Jones. You can come and watch the meeting in person, online on Senedd.TV or read the transcript. We’ll let you know if your question was answered. The meeting will take place on 16 October, 10.30 in Swansea at the National Waterfront Museum. We look forward to hearing your views!

"You can see the extraordinary beauty, the wonderful people and great hospitality, so I'd encourage everybody in the States to come and visit Wales.” - President Barack Obama

Explore the topic – ‘Wales in the Wider World’ This may seem like a complex topic but sometimes it’s good to take a step back and look at the big picture. We want to hear out of the box ideas, comments from different perspectives and from different walks of life. The National Assembly for Wales scrutinises the Welsh Government in detail every day but this is a chance to think big. How do you market a country? How does the Welsh Government do it? Here are some places to start:

Past work by the National Assembly for Wales

“I would like to see a multilevel brand [for Wales], ―so that we are, first and foremost, Anglesey, then we are Welsh, and then we are British.” - Alison Lea Wilson, Halen Môn Salt Factory

The National Assembly for Wales’ Enterprise and Business Committee undertook an inquiry into tourism in Wales. The report was published in November 2014. [caption id="attachment_1671" align="alignright" width="300"] 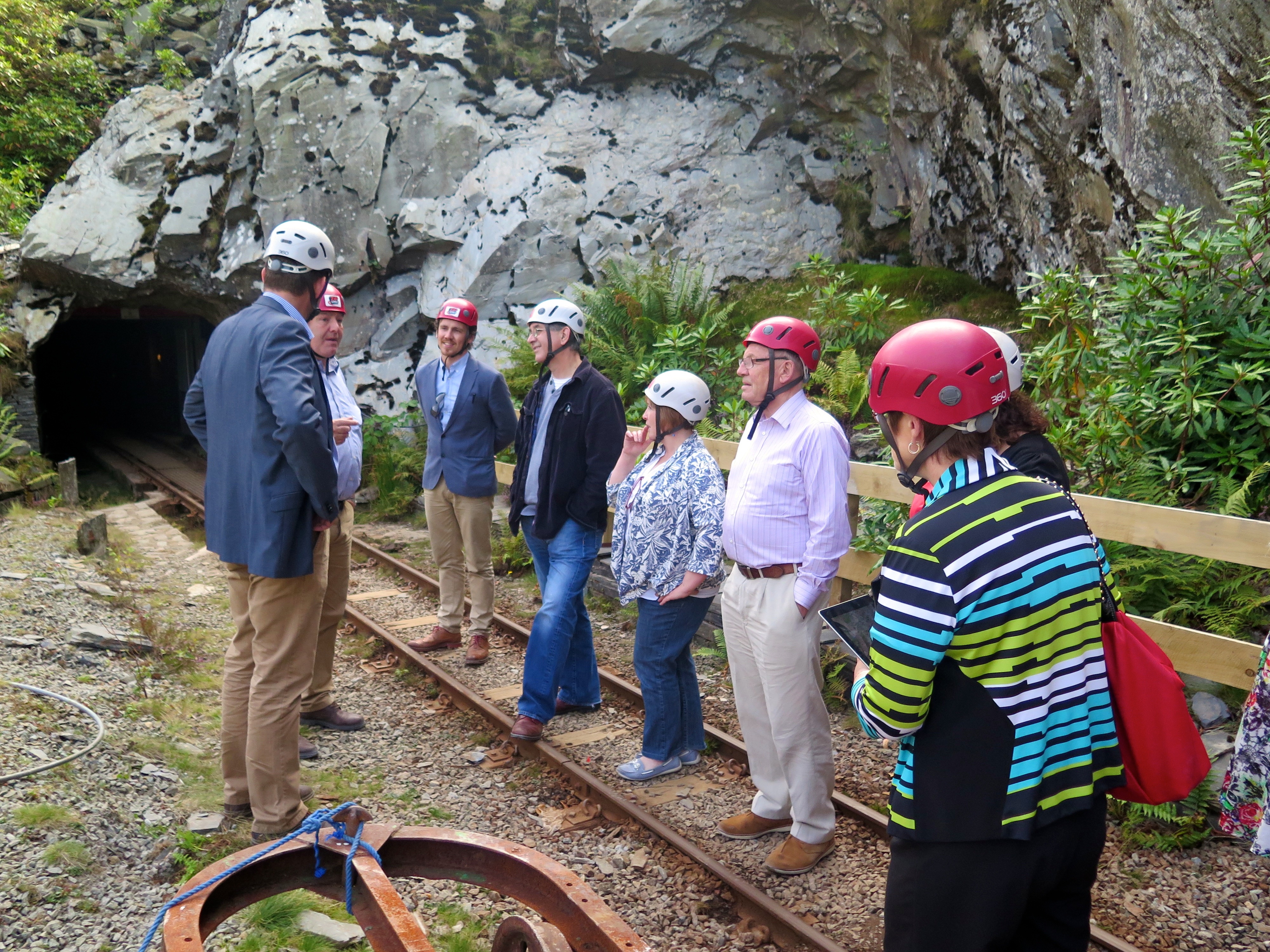 Enterprise and Business Committee visit Lechwedd Slate Caverns[/caption] Here are some interesting points from the resulting report to consider:

“I certainly believe that, ultimately, the brand is Wales. One of the things that I passionately believe in, in terms of the advice that we give to other places, is that it does not matter whether the aim of the communication is to encourage inward investment, to encourage tourism, or to promote a nation‘s food: ultimately, it is the same  place that is being talked about.” – Roger Pride, former Director of Marketing for the Welsh Government

Blog articles The In Brief blog is written by the Research Service at the National Assembly for Wales.

Senedd.TV is the online broadcast channel for the National Assembly for Wales. It captures everything that happens in the Senedd Chamber and Committee rooms, broadcasting live and collecting an archive. Committee meetings on Senedd.TV

Plenary on Senedd.TV Plenary meetings are attended by all Assembly Members and are one of the mechanisms for Members to hold the Welsh Government to account.

“Marketing activity will be increased in London and South East Midlands and Yorkshire, as well as within Wales itself for the first time. Overseas, the 3 key markets identified by the panel are Ireland, Germany and USA.“ – Welsh Government, Partnership for Growth: Strategy for Tourism 2013-2020

Wales.com – Billed as the ‘Official Gateway to Wales’ this is a website designed to give an overview of Wales as a nation to those outside of it.

Just Ask Wales – Campaign “aimed at attracting more foreign-owned companies looking to grow and expand to consider a future in Wales.  The campaign highlights the skills, support, space and speed of decision making in Wales.”

Partnership for Growth: Strategy for Tourism 2013-2020 – “This strategy sets the vision for the Welsh Government and the tourism industry to work in partnership to increase visitor spend to Wales.”

Wales in the World: The Welsh Government’s international agenda

Branding for Countries – How do they compare? 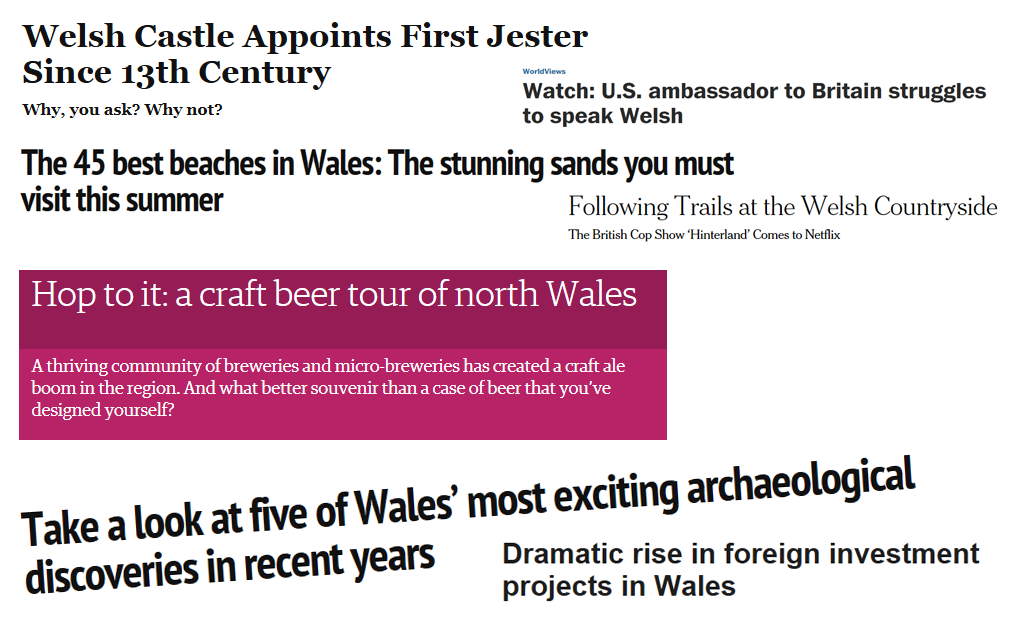 To get an objective idea of how Wales is marketed and perceived you can look at Welsh, UK or Global Media perceptions. Some are commissioned marketing articles and others are natural coverage presenting a variety of viewpoints.

"Back in the old days travelling to the UK usually meant a trip to just London. The modern tourist now knows better. A weekend in Wales can be a very exhilarating experience." - The India Tribune

Constitutional implications of the referendum in Scotland (09 October 2014)

What is a committee? Committees are one of the key mechanisms that enable the Assembly to fulfil its statutory and constitutional functions Effective scrutiny of a government’s work is at the heart of any democratic process, and this work is undertaken by the National Assembly through a number of committees made up of Assembly Members from all political parties. Committees recommend ways in which (for example) government policies could be more robust and its expenditure more effective, efficient and economical. Committees engage proactively and innovatively with individuals and organisations which can articulate the voice and experience of the people of Wales Full list of National Assembly for Wales committees

More about the First Minister of Wales