The Senedd building is celebrating its 15th anniversary on 1 March 2021 so why not help us mark this occasion by tagging us in your photos of the building on any of our social media accounts.

You may have seen the Senedd building in Cardiff Bay either in person or maybe just as a backdrop on the TV news.

Have you wondered; why was it designed that way? Why so much glass? And more importantly, what happens inside?

After the success of the devolution referendum in 1997 there was a need for a home for the Welsh Parliament.

The decision to locate the Senedd on its site in Cardiff Bay was taken by The Right Honourable Ron Davies MP as Secretary of State for Wales in April 1998. Following the announcement of the location, the land was acquired on a 150 year lease for a nominal fee of just £1. An international competition to design the building was won by Sir Richard Rogers.

The revised design above was officially approved in early 2001, and groundwork began. 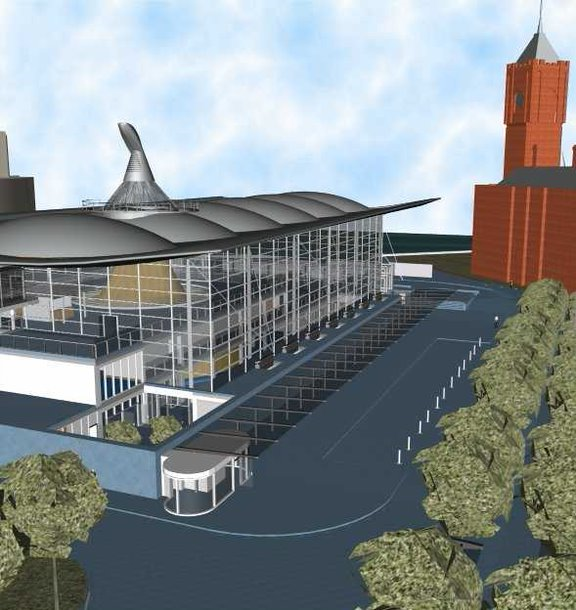 A fundamental review of the building project was held, and an invitation to tender issued for the revised design and build contract. The Taylor Woodrow consortium won the contract to design and build the Senedd, and work on the building’s foundations was started. 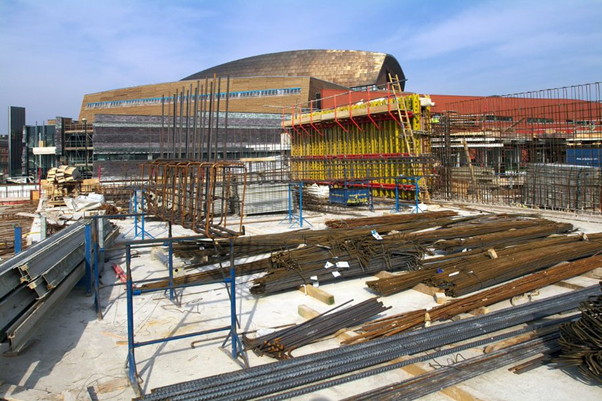 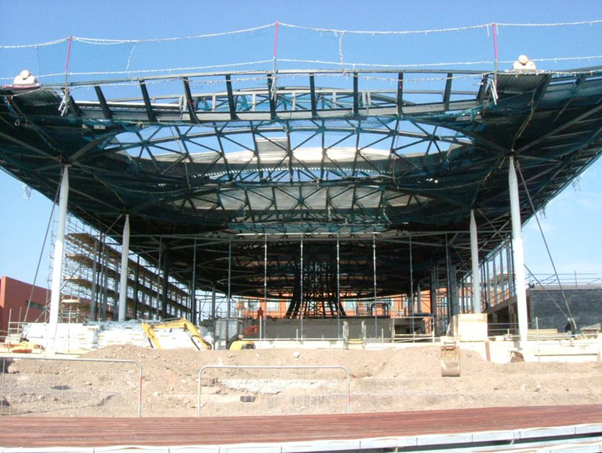 The year began with work on the plenum slab and supporting walls; by the end of the year the stunning roof was raised and the Senedd’s form was taking shape. The Senedd’s large windows were fitted, and landscaping work continued on the surrounding area. Installation work for the IT and broadcasting equipment began to turn the Senedd into one of the most advanced parliamentary buildings in the world.

Building work was completed, and the Senedd welcomed its first visitors and held its first debates.

The Senedd was officially opened by Her Majesty The Queen, accompanied by HRH The Duke of Edinburgh, HRH The Prince of Wales and HRH The Duchess of Cornwall on 1 March 2006 in the presence of Assembly Members (AMs), Members of Parliament and parliamentarians and representatives from the United Kingdom, Europe and the Commonwealth. March 1st is St David’s Day – the day that the people of Wales, both home and abroad, commemorate their patron saint and it was therefore fitting that the new, purpose–built home of the National Assembly should be opened on this day. The Architect’s vision behind the design was to create a building that rises out of the Bay engaging passers-by with an over-sailing roof that creates a place for people to gather and meet.

The design of the Senedd originates from sculpting the ground plane; the bay, to form the working spaces and sculpting the roof plane; the sky, to create the public space. The material enclosure between the two is as transparent as possible.

At the heart of the design is the wish to produce a building that symbolises an open democracy. It has also been designed to make a significant contribution to sustainable development. 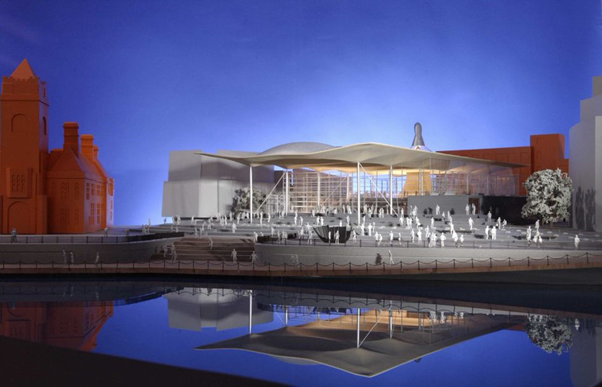 As part of the original design brief, the architect aimed to:

The following principles were adopted when designing the building: As we can see, transparency is at the heart of the Senedd.

Key environmental features of the building

Environmental modelling was carried out at the pre-construction phase studies, which indicated that the building has excellent energy consumption figures. The design team of BDSP, Arup and Richard Rogers Partnership, led by Taylor Woodrow, believe the design reflects a “green” building whilst not compromising the comfort of those within it.

Earth heat exchange systems, natural ventilation and light, a biomass boiler and rainwater harvesting systems are all included in the Senedd building. Learn more about those features in our short video below:

Our recently developed Virtual Tour allows you to explore the Senedd whenever, and from wherever you like.

Virtual tour of the Senedd

Wherever you are in the world, step inside and explore the Senedd with a virtual tour.