By Kelly Harris, Youth Engagement Officer On Saturday 7 November, myself and Craig Stephenson, Assembly Director and Chair of our LGBT staff network, took a stall to Swansea Sparkle to talk to the public about the work of the Assembly and how they could become involved. Swansea Sparkle was organised by Tawe Butterflies and South Wales Police, which provided an opportunity for people to come together and celebrate equality and diversity. The aim was to break down barriers between the public and the Transgender community by bringing organisations from across Wales and the U.K. together to showcase the support, information and advice available to the community. It was a really interesting day and we had lots of interest about the Assembly. Many people were unaware that they had five Assembly Members whose job it is to represent them in the Assembly, so it was the perfect opportunity to provide them with our Explore the Assembly: Your Assembly Member Guide and chat with them about what issues they might face in their communities. Two Assembly Members came to the stall to say hello and have their picture taken with us - Julie James (Swansea West Constituency) and Peter Black (South West Wales Regional) - it was great to have their support at the event. 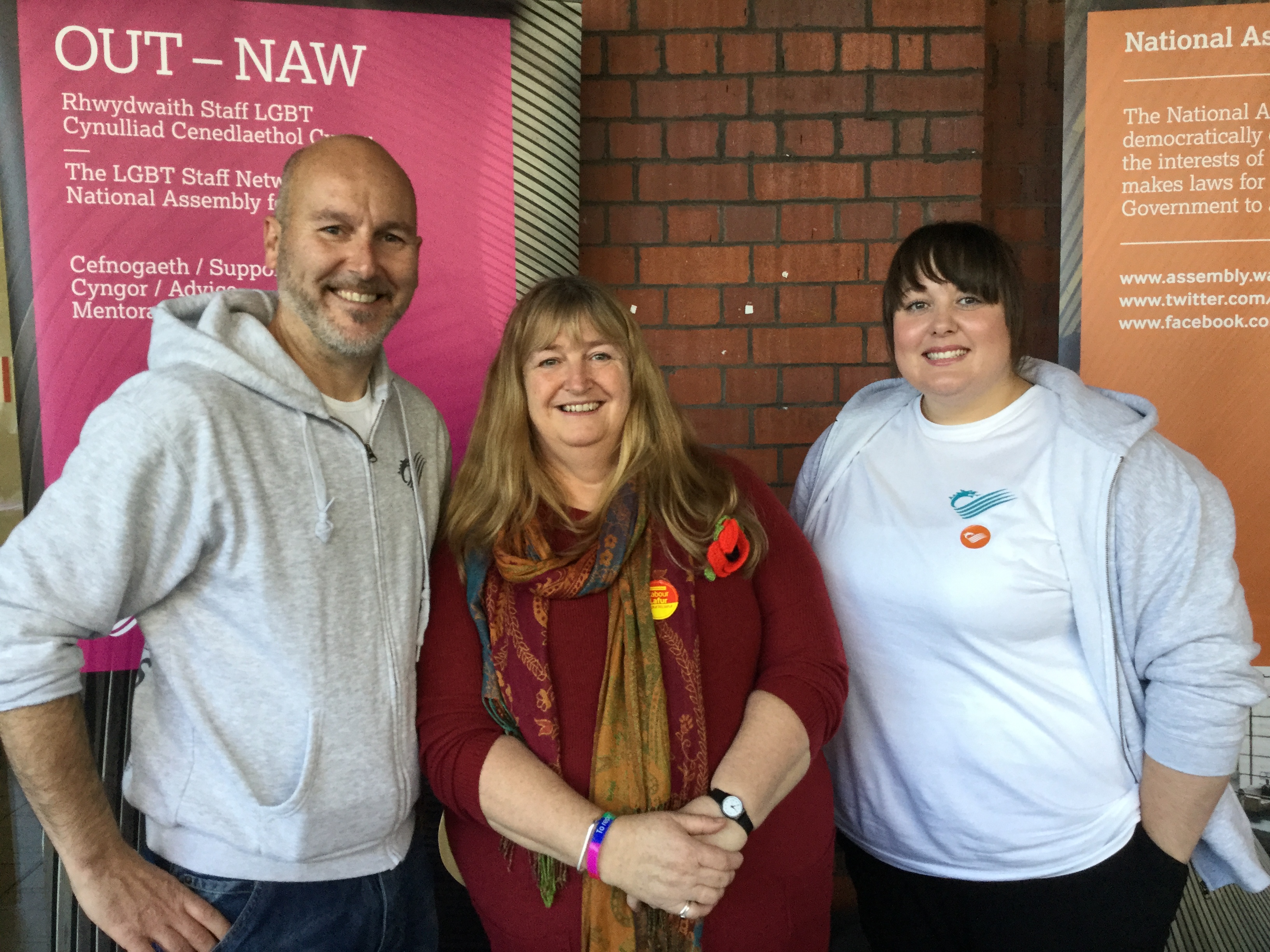 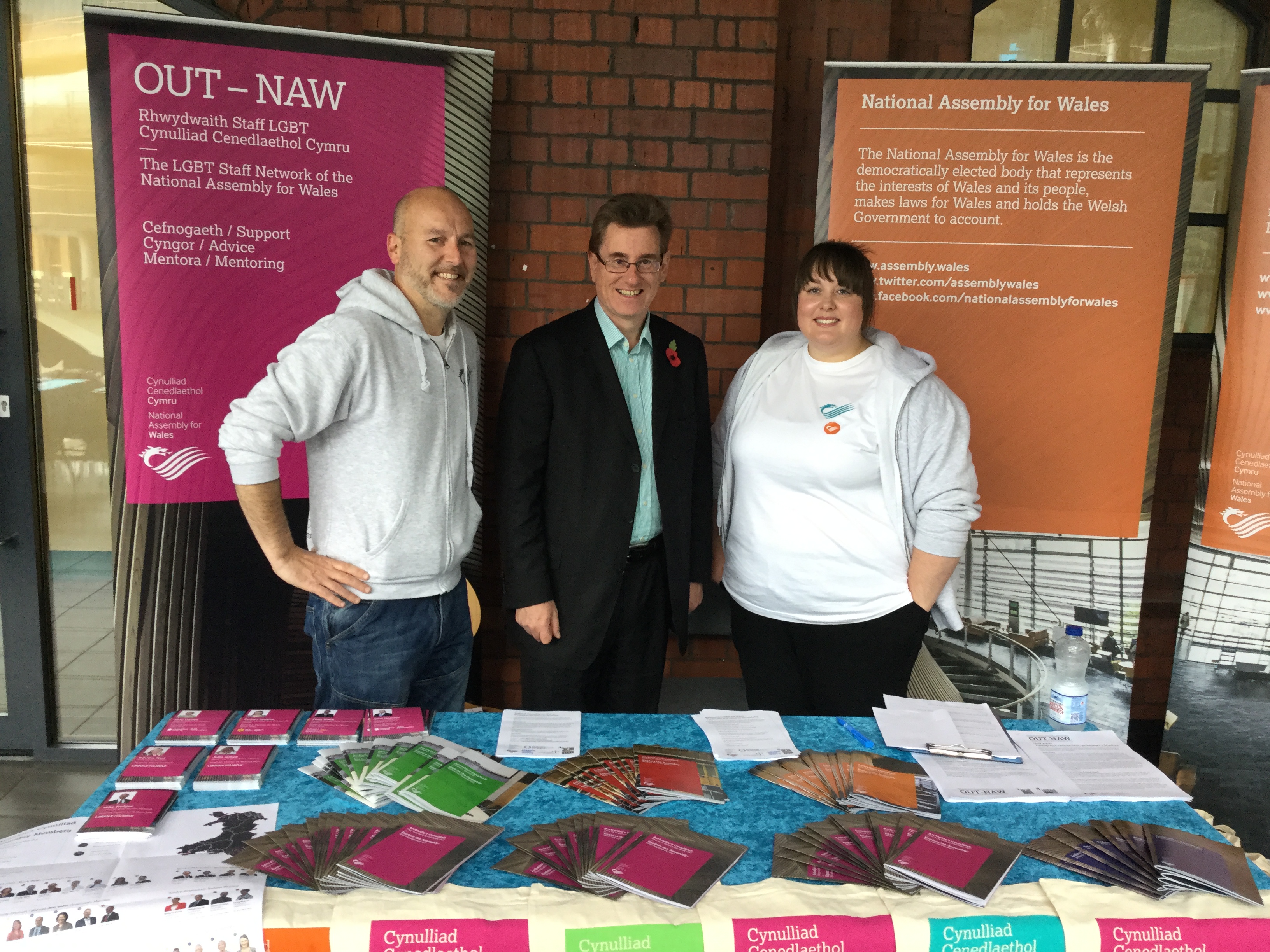 Sparkle 2015 Assembly staff with Assembly Member Peter Black[/caption] I was lucky enough to have the opportunity to talk to a young person who is currently transitioning. I felt very honoured that they shared their story with me, and it was interesting to hear their experiences - both the happy and the sad parts. There have been big steps taken to make sure that the voices of the Transgender community are heard, but it is very clear that there is still a lot of work to be done. I took the time to make sure that the young person knew of all the different ways they could become involved in the work of the Assembly, even down to how hard the Assembly works to make sure our workforce is diverse and fully representative of Welsh communities. It was great to get their feedback on what else they thought the Assembly could work on, which will be fed back to our excellent Equality Team. I also explained about who the Children's Commissioner for Wales is and what their job is, so that if they felt they needed someone to help them in the future, they have someone else they can contact. It is important for all young people in Wales to know about the Children's Commissioner. Overall it was an excellent day - well organised and very welcoming! I can't wait to go back next year! 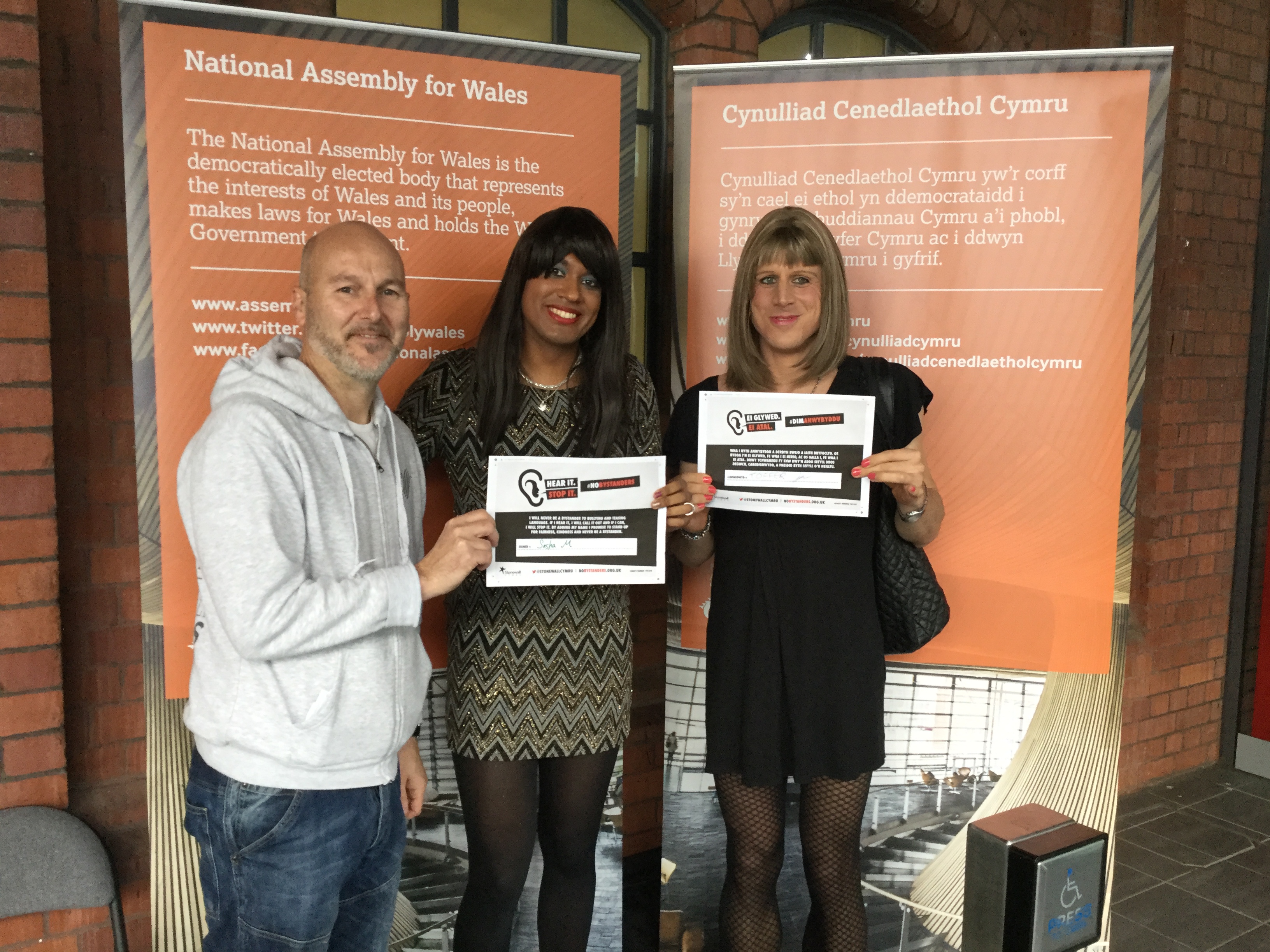