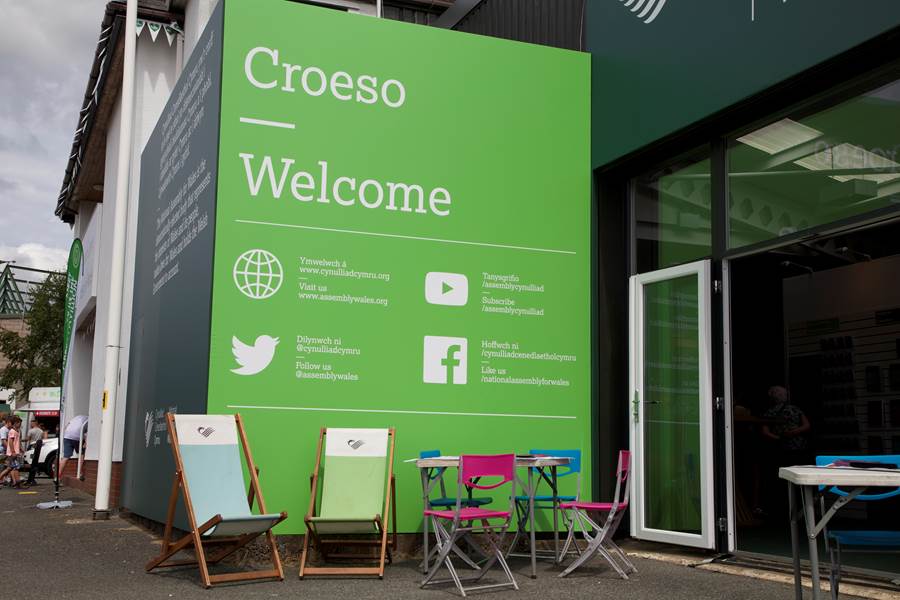 By Julian Price, Social Media Manager Now that the annual summer events at the National Assembly for Wales have come to an end, what better time to reflect on my experience at this year’s Royal Welsh Show in Builth Wells. It was the first time I’ve been to the Royal Welsh, and the weather was beautiful. It was very warm with temperatures rising into the mid-twenties the entire time we were there, so drinking plenty of water was a must. It was HOT! Being part of the communications team, I remember discussing the event in early spring to arrange who would be travelling to the show and how we could promote our attendance on social media. I volunteered to travel with my colleagues to Builth Wells. I was still in primary school when I lasted visited the showground when Adam Ant and the Human League were riding high in the charts! Yep, that’s how long ago it was. We arrived on the Sunday to prepare the stand for the following day. The building looked amazing. I was really proud of the work the Communications team had done in promoting our presence on social media. (See photo) We ensured all literature, chairs, tables and refreshments were to hand for the opening day. We were anticipating taking photographs of visiting Assembly Members and Ministers during the event; however, nothing could have prepared us for the first photo. Monday morning and we had just opened the doors of the stand to the public. My colleague Rhian called over to me to urgently grab the camera and run outside. “Quick” she said, “I think the Prime Minister is coming!” I duly ran outside and sure enough Prime Minister David Cameron, with the newly appointed Secretary of State for Wales Stephen Crabbe, was passing our doorway. I briskly walked ahead to gain a ‘head-on’ image. I was rather nervous as the Prime Minister’s security had clearly taking an interest in me. Thankfully I was wearing a fully branded National Assembly for Wales t-shirt with an official pass. I managed to capture a photo of the Prime Minister and it was only after reviewing the images that I realised he had looked straight into the camera. We tweeted the image on our @AssemblyWales Twitter account, and I believe we were the first organisation or individual to do so. As you may know he is the first serving Prime Minister to visit the Royal Show. History in the making! My only regret was not inviting him onto the Assembly stand and this is something I really wish I had done. [embed]https://twitter.com/AssemblyWales/status/491153414077026304[/embed] After returning to the Assembly stand, I spoke with the former Mayor of Neath Port Talbot, Marian Lewis, at some length about the proposed closure of Junction 41 of the M4, the new Swansea University campus on Fabian Way and the film studios that are located at the old Ford/Visteon factory. It was an insightful conversation and I learned a lot in such a small space of time about some of the ongoing issues in that region. Throughout Monday and Tuesday several Assembly Members visited the Assembly stand and it was a great opportunity to discuss promoting the work of the Assembly on social media. I took the opportunity to capture a photo of all visiting AMs holding their constituency map cards and we later posted these images on social media. On my last day at the Royal Welsh Show, the Assembly, in partnership with Nominet, held an event to raise the profile of the upcoming (.Wales and .Cymru) web domain names. The Assembly will be a founder user of (.Wales) and is very proud to be using this new profile. The event was held at the S4C building at the Main Ring and I used this opportunity to take some photos of our Presiding Officer Dame Rosemary Butler speak about the upcoming launch. It was a great event with people from all around Wales attending the function. Ieuan Evans was the host and he spoke passionately about being Welsh and what it meant to him. For more information about the .Wales and .Cymru launch, please click here. 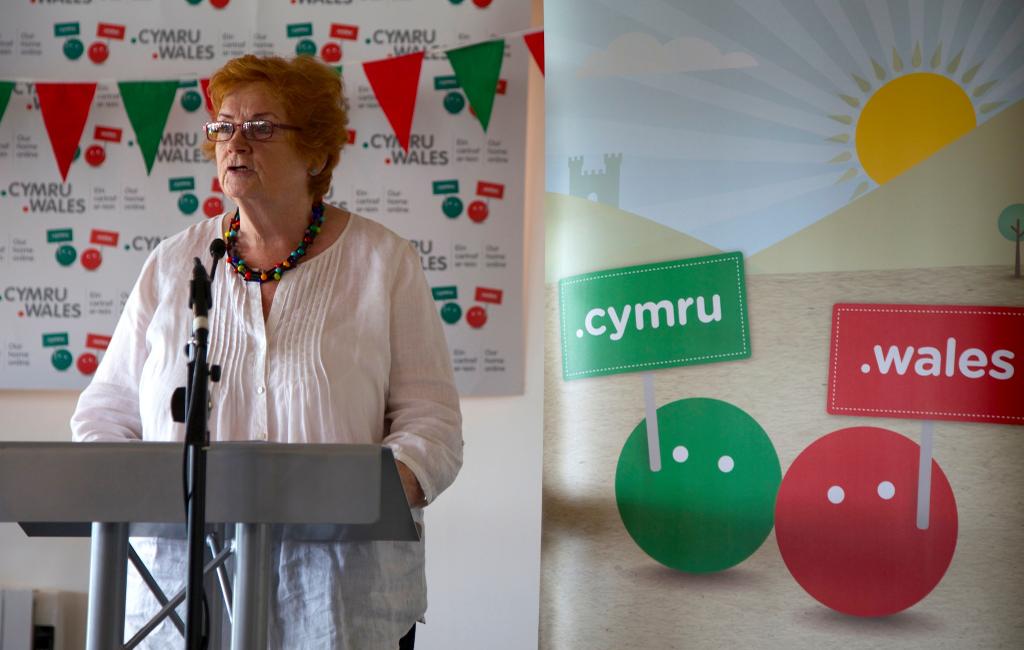 The Royal Welsh Show upheld its reputation as the biggest and best-attended event of its kind in Britain. I am already looking forward to attending next year’s event and will ensure our social media coverage will be bigger and more varied than ever before. Thank you Llanelwedd. Julian Price is the Social Media Manager at the National Assembly for Wales. He has managed the increase in our online activity over the last twelve months, using social media to promote the work of the Assembly. The Royal Welsh Show is a great example of online and offline collaboration between teams to promote our presence at an event. For more information about the Assembly on social media, please see our webpage: http://www.assemblywales.org/en/help/Pages/Social-media.aspx
#Agriculture #BuilthWells #Events #Technology