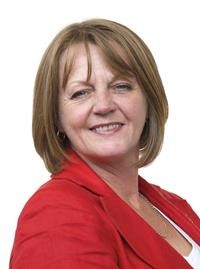 I’m Jocelyn Davies, the Chair of the Finance Committee (@SeneddFinance). This term the Committee will be busy working on the Tax Collection and Management (Wales) Bill. A Bill is a draft law - once a Bill has been considered and passed by the Assembly it is given Royal Assent by the Queen, then it becomes law. The Bill was introduced into the Assembly on 13 July 2015 and the Committee has until 27 November 2015 to look at the ‘general principles’ or the main aims of the Bill. Background to the Bill The UK Government published the Wales Bill in March 2014 and it received Royal Assent in December 2014. The Wales Act 2014 provides the Assembly with the competence to legislate over devolved areas of taxation and provides a clear framework for the policy options with regard to replacement taxes, including tax on transactions involving interests in land and tax on disposals to landfill. About the Bill This is a Government Bill and it was introduced by Jane Hutt AM, who is the Minister for Finance and Government Business (known as the Member in Charge). The purpose of the Bill is to put in place the legal framework necessary for the future collection and management of devolved taxes in Wales. In particular, the Bill provides for: The work of the Committee – Stage 1 Stage One involves the consideration of the general principles of a Bill by a Committee, followed by the agreement of the general principles by a vote in Plenary by the Assembly. It is the Finance Committee’s job to focus on the main purpose of the Bill, rather than looking at the fine detail (which is a matter for later stages). Over the summer the Committee ran a consultation asking interested organisations and individuals to provide written evidence to inform the Committee’s work. Fifteen responses were received and are available to read on our website. The next part of our work will be to invite representations from interested parties to provide oral evidence to the Committee. The Committee held its first evidence session on the Bill on 17 September 2015. At this meeting we heard from the Member in Charge, the Minister for Finance and Government Business and we questioned her about the Bill and its main purpose. If you missed the session, you can watch it again on Senedd.TV. How to get involved and keep up-to date