Committee for the Scrutiny of the First Minister meeting - Rhosllanerchrugog, Wrexham

The National Assembly for Wales’ Scrutiny of the First Minister Committee held its latest meeting at the Stiwt Theatre, Rhosllanerchrugog, Wrexham on 19 July 2013. Members of the public received the opportunity to submit their own questions to the First Minister on future major infrastructure projects in North Wales via #FMWQT on twitter. Five questions were chosen for the meeting, which were answered by the First Minister. Infrastructure projects such as the A55, rail electrification and nuclear and renewable energy were discussed during the meeting along with improving transport links between the north and south of Wales, Wales’ own energy national grid, community benefits from infrastructure developments and encouraging other forms of renewable energy as an alternative to wind. 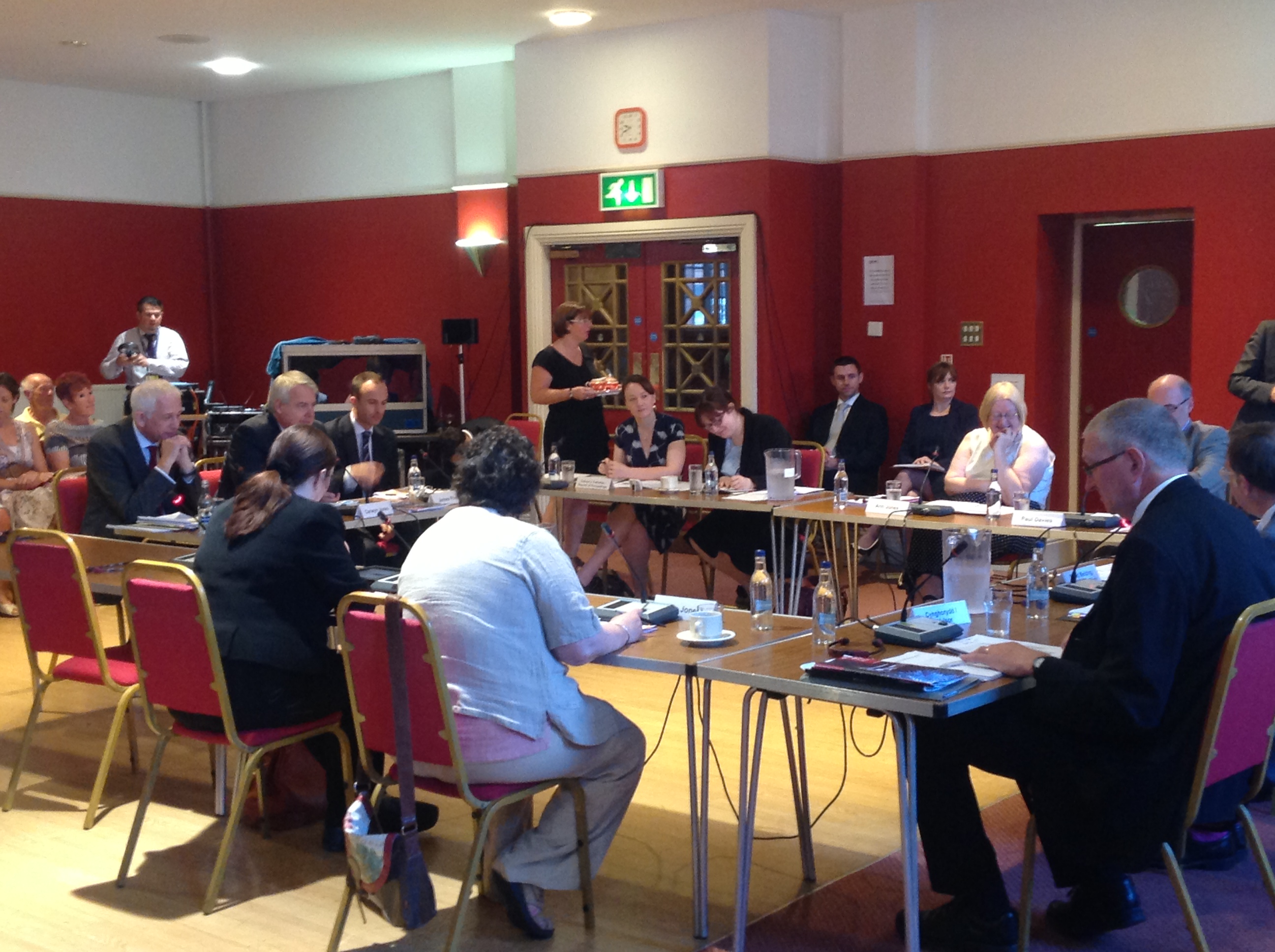 Following the questioning of the First Minister, members of the public received the opportunity to put questions forward to the Committee. Many members of the audience put their views and questions forward to the Committee with Mr E Jones mentioning biofuel developments, “I would like to know why there was not mention of biofuel developments in north Wales while we are talking about renewable energy earlier on, and if there are any plans to develop biofuel in north Wales” We would like to thank all members of the public that submitted questions to be answered by the First Minister via twitter and thank you to those that attended the meeting at the Stiwt Theatre, Wrexham.