In September a number of Committees in the National Assembly for Wales held events, designed to inform their scrutiny of the Welsh Government’s draft budget for 2013-2014. 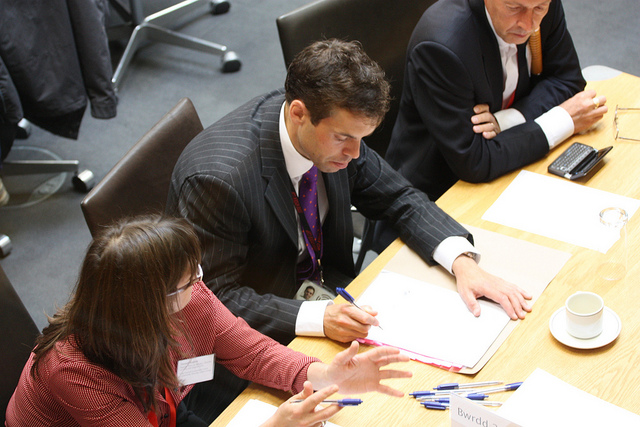 Stakeholders attended speed networking sessions at the Pierhead and the Senedd, which were conducted by the Enterprise and Business, Environment and Sustainability and Community, Equality and Local Government Committees, giving participants the opportunity to tell committee members what their views, expectations and priorities were in relation to the Welsh Government’s upcoming draft budget plans.

This is the first time that Assembly committees have held speed networking events to inform their scrutiny of the Welsh Government’s draft budget. 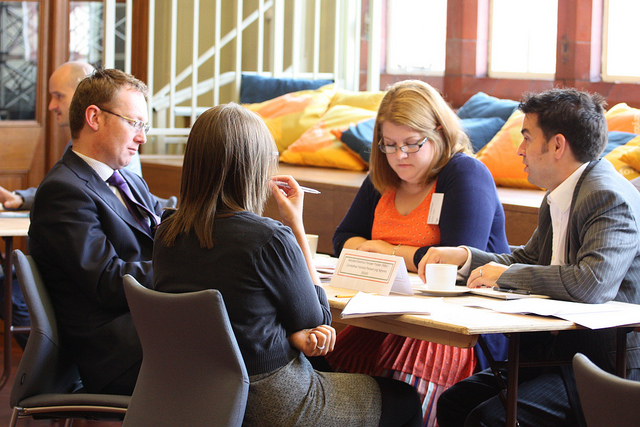 More images from these events can be seen here:

Each Committee asked participants to fill out an evaluation after the event, some comments can be seen below:

"Very good engagement around the table and useful questions from members too."

"A little more time for the speed dating say 10 minutes instead of 7. Possibly do more to encourage stakeholders to network post event. We did this ourselves with a couple of others which provided some scope for collaboration."

"this was a really useful, nicely informal event. Diolch!"

Phil Fiander from WCVA speaking with chair of the Enterprise and Business Committee, Nick Ramsay AM 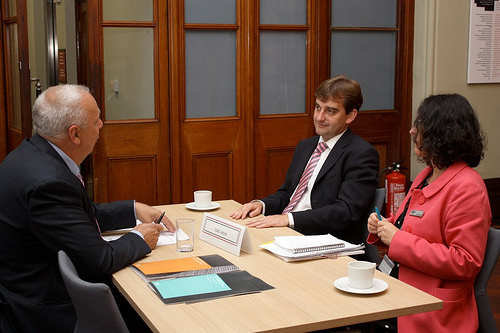 Nick Ramsay, Chair of the Enterprise and Business Committee said, "Talking to stakeholders about their priorities was useful in arming Members of my Committee with questions for Ministers about their spending proposals. It will also inform our budget report and recommendations."

The National Assembly’s Research Service has produced a series of quick guides on the budget, which available by clicking on this link: Budgets and Finance