Dr Andy Williamson, October 2016 It’s great to see the fifth National Assembly starting off with a strong intention to increase public participation. The Culture, Welsh Language and Communications Committee has already started, committee chair Bethan Jenkins asking the public to help shape what they talk about through a range of innovative and original channels. This is the stamp of a modern legislature, one that is invested in strong democracy and the best interests of the people that it serves. 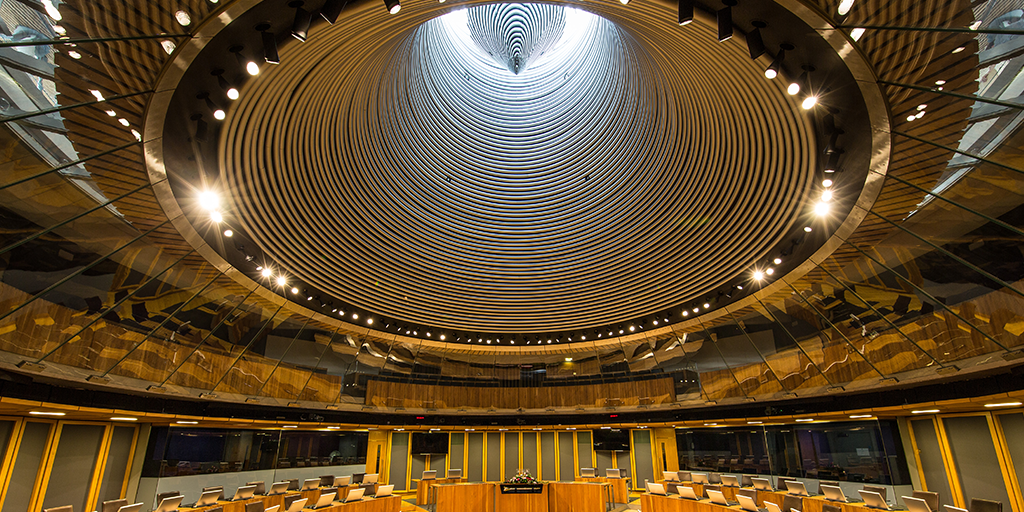 Open, transparent and accessible legislatures are the way of the future and we can see this happening around the world: This is disruptive practice and even positive disruption brings challenges. Members can feel that increased participation encroaches on, some say threatens, their role in a representative democracy. In reality, experience shows us, it does the opposite. And we have to put innovations like this in context; members still make the decisions, they still decide on the majority of committee business. But in the age of social media and constant news, it quickly becomes obvious that being more engaged and better connected significantly benefits members who want to feel the pulse of their communities. The world over, our representatives have to accept doing their job not only in the full gaze of increased public scrutiny but with greater public involvement. This is a good thing; democracy is not about a vote every five years but having a voice every day. The world has changed, forcing us to reshape the work of legislatures as more and more varied channels of public participation and interaction open up. To understand why this matters we first have to accept the benefits of greater public engagement, and those benefits are many. There are logistical challenges too, knowing which tools to use and not trying to own or control them (or the discussion). We have to develop a willingness to go where the people are, to use the tools they use, to choose what’s best for the job at hand. A more informed and engaged public makes for a stronger democracy. Creating new ways to give people a voice and get more involved in what their representatives are doing starts to break down the barriers of mistrust that have calcified across too many of our public institutions. It’s not a panacea, there is no silver bullet and people are slow to trust, quick to push their own agendas, to express frustration when they don’t get their own way. We can’t expect a system that has been distrusted, has often been perceived as closed and controlling, to change overnight and nor should we expect public attitudes to shift immediately either, that would be naive. This is an ongoing process, we need to be cautious and tolerant but equally to press ahead with the confidence of knowing that being more open is better for all of us in the long run. Opening up committees can feel hard because it is hard. But it is both the right thing to do and necessary. It’s a reflection on the ongoing societal shift in our attitudes and approach to democracy, which will be easier to embrace if we can talk openly and honestly about what it means, for elected representatives, staff and the public. Opening up committees is about inclusion. It’s about stronger representation, making democracy more participatory and how this benefits members and the public. Open democracy leads to better legislation, legislation that is thoughtful and appropriate, that is based on a wider set of views, immersed in the experiences of real people. Legislation that better reflects who we are. The world is complex and finding new, reliable ways of solving problems will be easier when we can effectively harness that significant reservoir of talent, knowledge and ideas that has lain untapped for far too long. To get there, we need more education, more information and more partners to promote greater political maturity and effective engagement. We need more people, different voices, to be heard and heard more often. Inviting people into committees, asking them to help shape the agenda and giving them more space to be heard are positive steps forward. This trajectory towards more effective engagement is what modern democracy is all about. Dr Andy Williamson is the Founder of Democratise and a Governor of The Democratic Society. He recently wrote the World e-Parliament Report 2016 and is co-author of ‘From Arrogance to Intimacy - A Handbook for Active Democracies’.
#Culture #Technology #UKParliament #WelshLanguage