In September 2013 the National Assembly for Wales’ Outreach team held workshops in preparation for the introduction of the Housing (Wales) Bill to the Assembly. 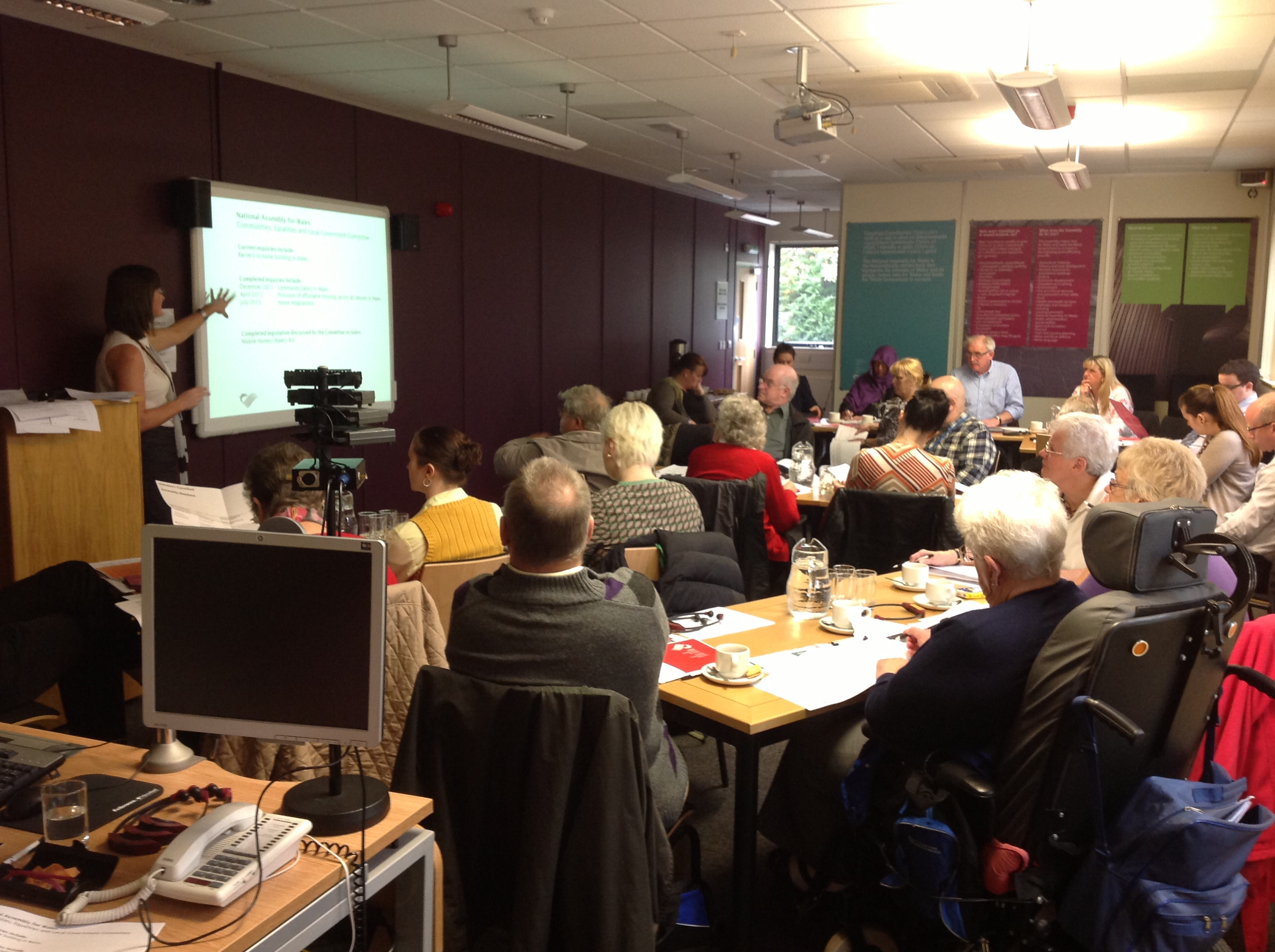 On the 19 November 2013 the Housing (Wales) Bill was introduced to the Assembly by the Minister for Housing and Regeneration, Carl Sargeant AM. The Bill was passed to the Communities, Equality and Local Government Committee for Scrutiny. The Committee received 67 consultation responses. You can view these by visiting the Housing (Wales) Bill consultation webpage here: http://www.senedd.assemblywales.org/mgIssueHistoryHome.aspx?IId=8828 As part of the consultation the Outreach team concentrated on two aspects of the Bill; The Outreach team conducted a series of focus groups to discuss these aspects with various organisations and groups across Wales which included Llamau, Clwyd Alyn Housing Association and Pembroke Traveller Education Service. Many points were discussed during the focus groups which included homeless support from Local Authorities, improving the standards of private rented accommodation and the need for Local Authorities to provide permanent sites for Gypsy and Traveller families. To see where the Outreach team have visited in your area, take a look at our map: http://www.assemblywales.org/gethome/get-assembly-area/get_involved-outreach_bus.htm We would like to thank all of the participants who took part in the focus groups during the last two months. Your views have now been passed on to the Communities, Equality and Local Government Committee as they continue to take evidence. If you would like some more information about the Housing (Wales) Bill consultation please visit the Committee’s webpage here: http://www.senedd.assemblywales.org/mgCommitteeDetails.aspx?ID=226
#AssemblyBills