Following the United Kingdom's decision to leave the European Union, the National Assembly for Wales is examining the implications for Wales. 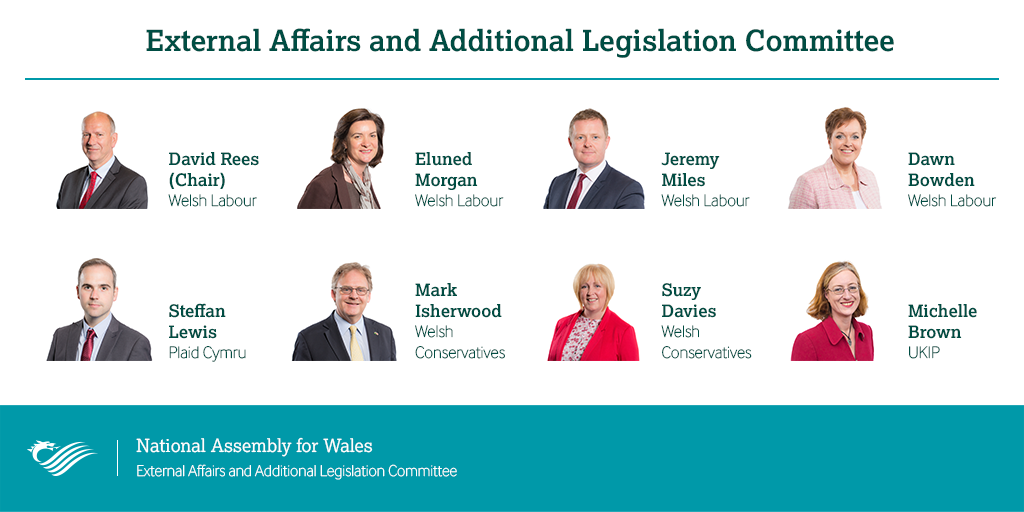 Every week over the coming months, the Committee will be hosting a series of seminars focusing on different issues and inviting experts to share their knowledge and ideas, and help Members of the Committee understand how Wales will be affected by the referendum decision. You can follow the discussions on Twitter and Facebook using #BrexitinWales. Once they have gathered this expertise and knowledge they will need the help of the people of Wales - to ask what their views and priorities are about our future outside of the European Union and what interests are most important to safeguard. The first seminar took place on 19 September 2016 and focused on International Law and Trade.  You can watch the full session on SeneddTV.

What is International Law?

International law is the term used to describe the rules that govern relationships between nation-states on the world stage. They’ve grown up by custom and practice, or have been agreed between different countries. Some rules are regarded as binding all countries (e.g. some the rules on genocide), others only bind the countries that have agreed to them in treaties. There are a number of international courts and tribunals which decide disputes between countries, including the International Court of Justice, which has the widest remit, and of course the Court of Justice of the European Union. But there is no police force or bailiffs similar enforcing court judgments at the international level. Countries have an incentive to obey international law because they want other nations to comply with it towards them. Sometimes, however, countries breach international law because they feel there is a greater advantage to them in doing so than in obeying. When that happens, other countries have a range of legal and political options to try to persuade or “punish” the wrongdoer, including trade sanctions and even the use of force. The EU system for dealing with breaches by one member country is probably the most highly-developed in the world.

As a member of the European Union, the United Kingdom is currently part of the European Single Market. The Single Market is a customs union. This means that countries have tariff-free access to other countries within the union. Members share a common external tariff and the responsibility for trade agreements with third party countries rests with the European Union. The Single Market goes deeper than this, providing for the free movement of goods, services, capital and labour between members of the Single Market. The UK’s future relationship with the Single Market is uncertain, and will be the subject of future negotiations. You can read more about the options open to the United Kingdom by the National Assembly for Wales's Research Team. Although the Assembly can’t make laws about international trade, and the Welsh Government can’t enter into formal agreements with other countries, the Welsh Government is active in promoting Welsh exports and inward investment within our powers for economic development. The National Assembly for Wales makes sure that decisions about Welsh exports and inward investment are in the best interests of Wales and its people.

How important is international trade to Wales?

In June 2016 - - 1,370 businesses were exporting goods from Wales - 1,789 businesses were importing goods in to Wales The last ten years of statistics on trade data for Wales, up to June 2016, show that: - exports from Wales were valued at £12.1 billion - of which £4.7 billion were to the European Union and £7.3 billion outside of the European Union. - imports into Wales were valued at £6.9 billion, of which £3.5 billion were from EU nations and £3.4 billion were from outside of the European Union. - just under 40% of Welsh exports were to the European Union. [HMRC's regional trade statistics are the main source of trade data for Wales] While the United Kingdom is a net importer of goods, Wales is a net exporter - with export values of up to twice as much as imports in recent years. This means that Wales sells and trades more goods than it buys in. It is essential that Wales's voice is heard and represented in the discussions about trading outside of the single market, and that we fully understand the positive and negative opportunities of alternative trade models. Next week, the Committee will be travelling to Brussels to meet with officials to monitor and influence the negotiations and obtain further expertise. On 3 October 2016, the Committee will meet again in the Senedd to hold a seminar that will look at the impact leaving the EU will have on funding, research and the European Investment Bank. You can follow the discussions on Twitter and Facebook using #BrexitinWales.  To keep up to date on the work of the Committee follow @SeneddEAAL.
#Brexit #EuropeanUnion #Law #Trade