What is dementia? The word dementia describes a set of symptoms that may include memory loss and difficulties with thinking, problem-solving or language. It is not a disease in its own right and it is not a natural part of ageing. Dementia is caused when the brain is damaged by diseases, such as Alzheimer's disease or a series of strokes. Dementia is progressive, which means the symptoms will gradually get worse. Find out more about dementia by visiting the Alzheimer’s Society website or watching their short video ‘What is Dementia?’. Dementia affects over 750,000 people in the UK and there are 45,000 people living with dementia in Wales. What does the Assembly becoming a dementia-friendly organisation mean? A dementia-friendly Assembly is committed to helping to raise awareness and understanding of dementia amongst Assembly Members, and the wider Assembly community. “By extending its equality of access to people living with dementia, the National Assembly for Wales will be demonstrating that people with dementia are both welcome and able to participate in civic life," said Sandy Mewies AM, the Assembly Commissioner with responsibility for equalities issues. The Assembly will: Sue Phelps, Director of Alzheimer's Society in Wales said: "We are delighted that the National Assembly for Wales has made this commitment. Their pledge supports Alzheimer's Society's drive to encourage communities, businesses and other organisations to work towards becoming more dementia-friendly and help to create better environments for people to live well with dementia for as long as possible. We need everyone to act now to make changes to empower people with dementia and help them live well in their communities." 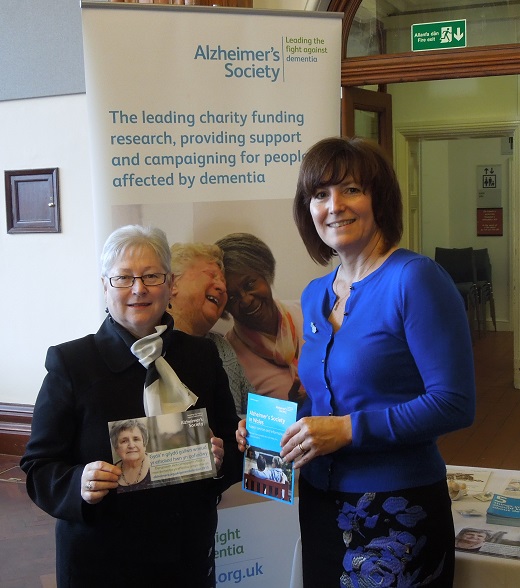